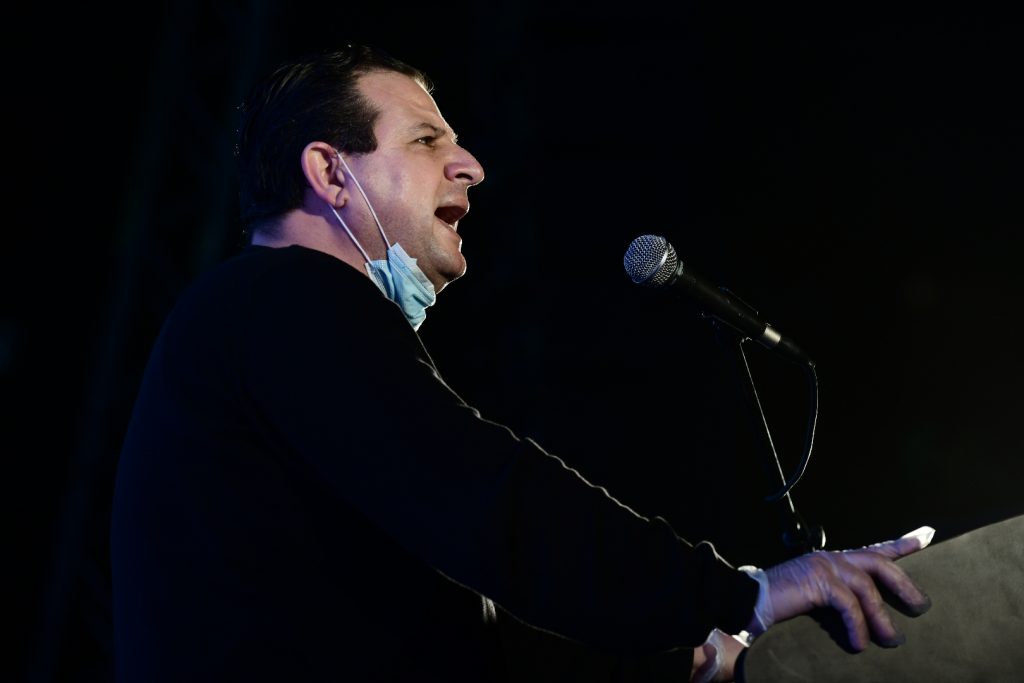 Prime Minister Binyamin Netanyahu and Joint List leader Ayman Odeh had a dustup on Sunday over the latter’s participation in an anti-Netanyahu protest.

Netanyahu, increasingly irritated by the demonstrations outside his residence, used the Arab MK as a cudgel to hit back against them.

“This is Ayman Odeh, the head of the Joint List that supports terrorists and who attended a Hamas conference last month, at the left-wing protest in Jerusalem yesterday,” tweeted Netanyahu, referring to Odeh’s attendance at a reconciliation meeting of Fatah and Hamas. “The media is supporting the left-wing protests, which are breaking records each day for violence and incitement to the murder of the prime minister.”

Odeh responded, “There are a million unemployed Israelis and a total failure in preventing the spread of the virus. As usual, the only thing Netanyahu has to offer is hatred of the Arabs. It doesn’t work anymore. The public doesn’t buy it.”