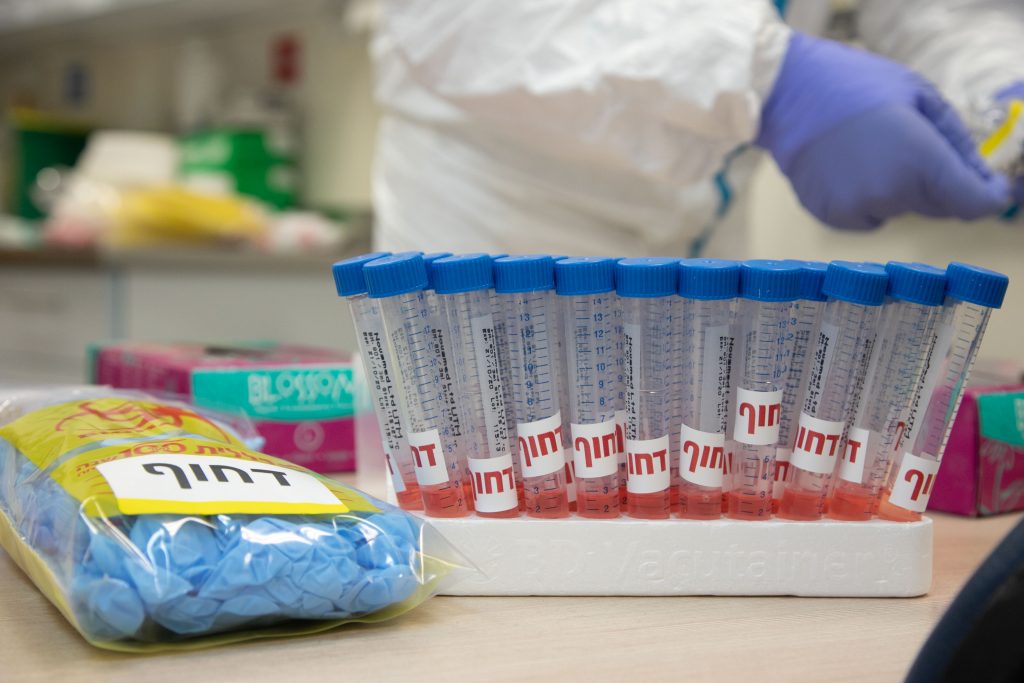 The Health Ministry reported Sunday the number of tests conducted a day before stands at 7,736, while the tally of new daily cases stands at 625, both figures are the lowest since June. On Shabbos there are generally fewer tests made.

The contagion rate, however, still hovers just above the 8% mark.

The ministry said the number of active patients now stands at 26,137. At least 340 patients are in a serious condition, of whom 96 are ventilated. The national death toll has increased to 531.

The Coronavirus National Information and Knowledge Center said there are currently several cities and communities in Israel declared as hotspots. Among them are the cities of Bnei Brak, Yerushalayim and Elad as well as Beitar Illit and Modiin Illit. In the last three days, 138 new patients were added in Bnei Brak, 85 in Modiin Illit, 44 in Beitar Illit, and 44 in Elad.

“The number of tests, very low compared to previous weekends, has led to a particularly low number of new verified carriers,” said the center in a statement. “We estimate this figure does not reflect the true picture of the infection rate in Israel.”

Two weeks ago, the Kupot Cholim were instructed by the Health Ministry not to test people who don’t exhibit symptoms, unless they are part of an at-risk group or live in a home with a confirmed carrier.