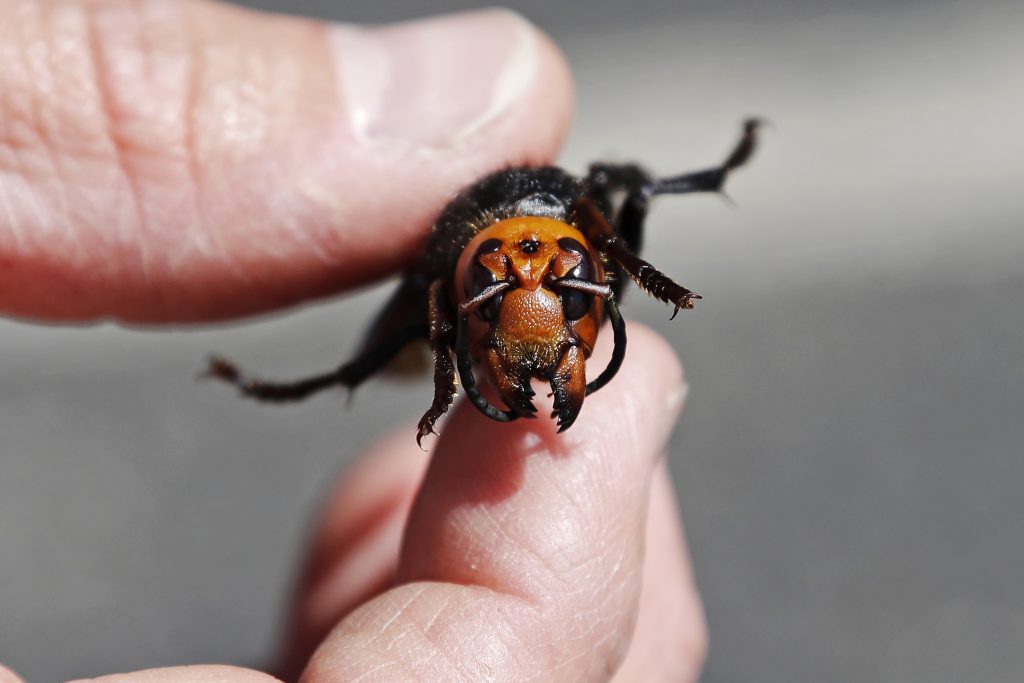 The hornet was found July 14 in a bottle trap set north of Seattle near the Canadian border, and state entomologists confirmed its identity Wednesday, according to the Washington State Department of Agriculture.

The Asian giant hornet, the world’s largest at 2 inches, can decimate entire hives of honeybees and deliver a painful sting to humans. Farmers in the northwest depend on those honey bees to pollinate many crops such as apples, blueberries and cherries.

The invasive insect was first documented in the state late last year and officials have said it’s not known how it arrived in North America. It normally lives in the forests and low mountains of eastern and southeast Asia.

The recently-trapped hornet in Washington is the first found in a trap rather than in the environment as the state’s five previous confirmed sightings were.

“This is encouraging because it means we know that the traps work,” Sven Spichiger, managing entomologist for the department said in a news release. “But it also means we have work to do.”

The state now plans to search for nests using infrared cameras and place additional traps that try to capture hornets alive. If they catch live hornets, the agriculture department will try to tag and track them back to their colony so the colony can be eradicated.

Officials hope to destroy any nests by mid-September, before the colony would begin creating new reproducing queens.