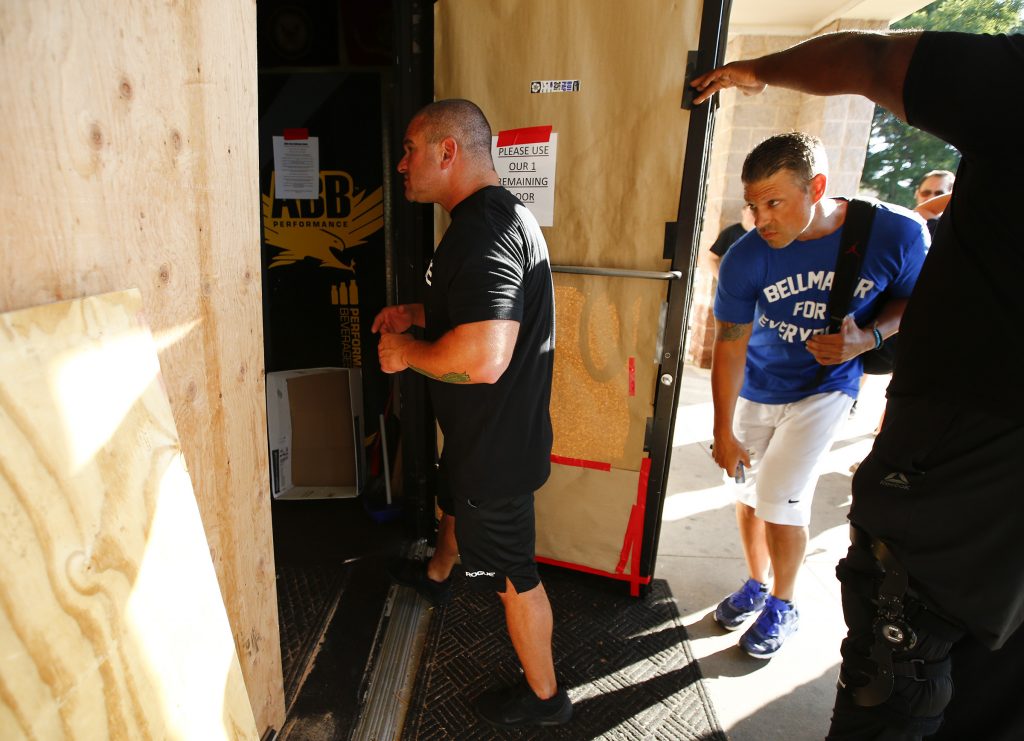 The owners of a New Jersey gym that has repeatedly defied Gov. Phil Murphy’s executive order to remain closed during the COVID-19 pandemic have once again reopened the facility less than a week after their arrests on contempt charges.

After kicking down plywood boards covering Atilis Gym in Bellmawr on Saturday, the owners let 40 to 50 customers in for workouts, the latest move in a standoff over coronavirus-related restrictions. The Philadelphia Inquirer reports that many customers waiting in line said they couldn’t wait to get back to their regular workouts.

Owners Ian Smith, 33, of Delanco Township, and Frank Trumbetti, 51, of Williamstown had been arrested Monday and charged with contempt, obstruction and violating the Disaster Control Act.

The gym opened its doors in May, starting a legal battle over whether Murphy’s order for non-essential businesses to remain closed was constitutional. The owners have said they have taken steps to ensure social distancing, including taping off workout stations and operating at 20% of capacity and were also taking patrons’ temperatures and requiring them to wear masks unless they were in the middle of lifting weights.

Smith acknowledged that law enforcement would likely force them to close again, and he said he had received a letter indicating that Bellmawr officials are to consider Tuesday revoking the gym’s business license.

On Saturday, Gov. Phil Murphy said in a message on Twitter that almost 400 new positive COVID-19 cases had been recorded in the state, pushing the total above 182,000, and another 11 deaths were associated with the virus, bringing the toll in the state to 13,955 lives lost.