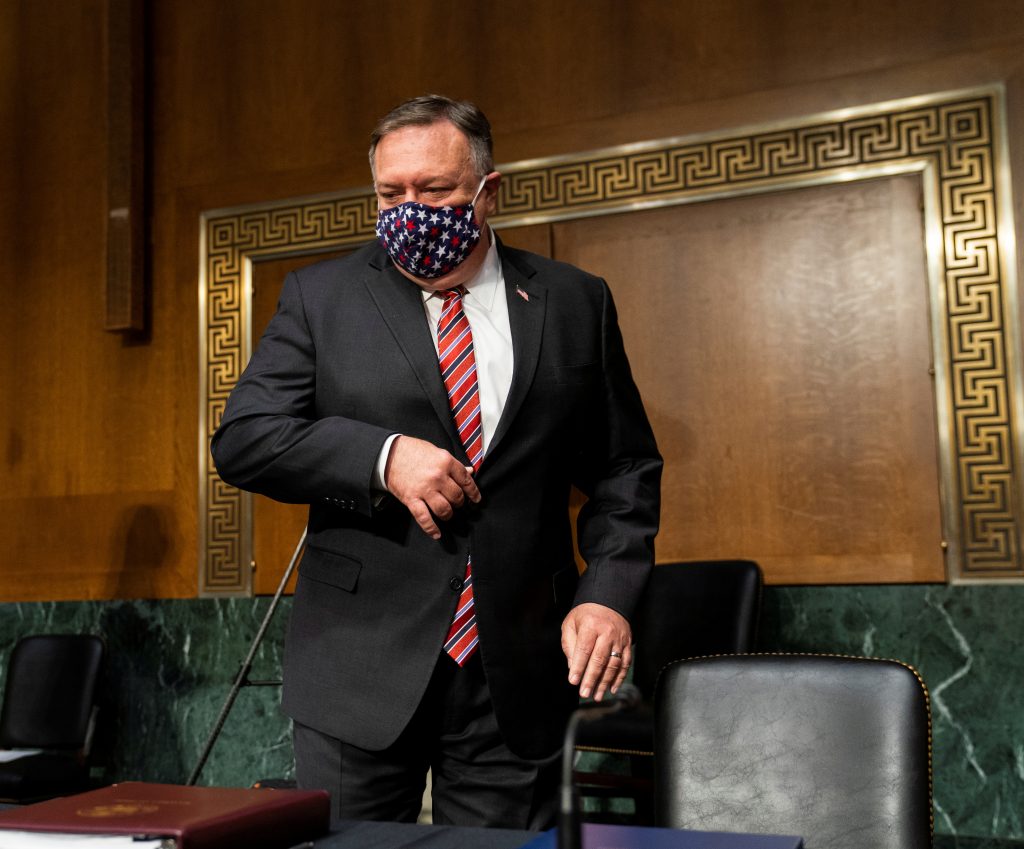 Secretary of State Mike Pompeo said on Thursday the “tide is turning” in U.S. dealings with China, saying there is international support for American policies, including the step-up of maritime maneuvers in the South China Sea and opposition to the use of Chinese technology in international 5G networks.

Reflecting rising tensions between Washington and Beijing, Pompeo took a tough line on China in testimony before the Senate Foreign Relations Committee.

“We see the Chinese Communist Party for what it is: the center threat of our times,” Pompeo said.

In recent days, Washington and Beijing have each closed one of the other country’s consulates – the United States closing China’s office in Houston and China retaliating by shuttering the U.S. facility in Chengdu – and Pompeo recently announced an end to Hong Kong’s special trading status.

“We closed the consulate in Houston because it was a den of spies,” Pompeo said.

He declined to directly address reports that Russia offered bounties for the killing of U.S. soldiers in Afghanistan. “The proper people have been aware of every threat to our soldiers on the ground in Afghanistan,” he said, in response to a question from Senator Bob Menendez, the top committee Democrat.

President Donald Trump’s administration has tried to slash the State Department budget since it took office, which has been rejected by Congress every year. Democratic lawmakers told the hearing that they would not support steep cuts this year either.

Committee Democrats released a report this week that harshly criticized Pompeo’s tenure at State, saying he had harmed the department’s ability to conduct diplomacy by leaving jobs open for months, treating career diplomats poorly and promoting a culture of retaliation.

Lawmakers also asked Pompeo about Trump’s abrupt firing in May of Steve Linick, the State Department inspector general, as he investigated arms sales to Saudi Arabia and allegations that Pompeo improperly ordered a taxpayer-funded subordinate to handle personal errands.