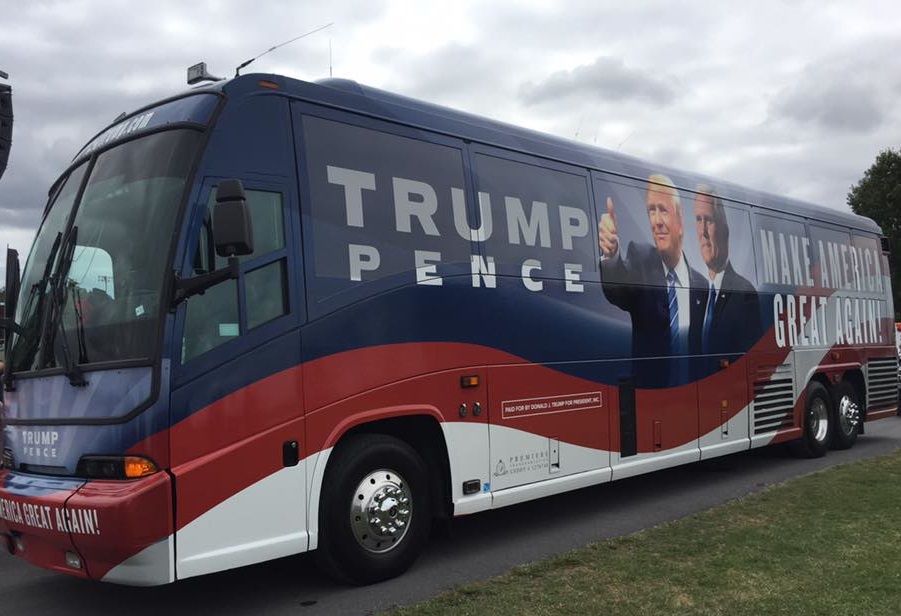 Vice President Mike Pence was involved in a “minor fender bender” with a dump truck while en route to a campaign stop in Pennsylvania on Thursday, according to a White House pool report.

Pence, traveling by a Trump campaign bus, did not appear to have been injured in the crash, which occurred at a “very sharp curve” in rural Allegheny County, according to the report.

The campaign bus did not have any visible damages, though the dump truck’s driver side was “beat up,” the report said.

The vice president then switched into a limousine and kept traveling toward a campaign rally in Greensburg.

But that wasn’t the only road trouble for the vice president’s motorcade.

A couple of Pence’s motorcycle escort drivers got into another accident in nearby White Oak minutes later, according to the pool report.

The drivers were being “checked out” at the scene by first responders and did not appear to have suffered injuries, the report said. Pence was seen walking around the scene and conferring with responding officers.