Israel Netanyahu: ‘There Is No Place for Any Violence – Not Even Against Me and My Family’
Israel 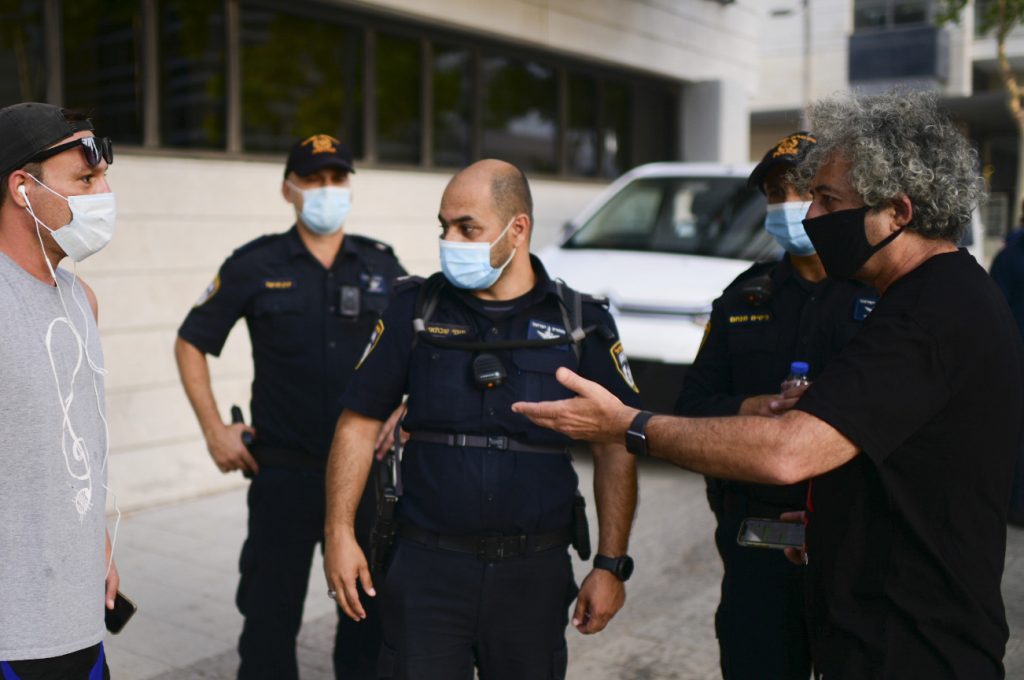 Prime Minister Binyamin Netanyahu responded Wednesday to an incident in which activists attacked leftwing activists Tuesday night with severe violence in a demonstration against him in Tel Aviv. In his statement he condemned all manifestations of violence, but also mentioned the incitements against him.

“The investigation into the incident in Tel Aviv is in progress,” Netanyahu wrote, “and I expect the police to investigate the incident and find those responsible. There is no room for violence for any reason. But equally, there is no room for incitement and threats of murder – explicit and implicit – against me or my family, including the shameful threat of crucifixion today in Tel Aviv.”

The prime minister added: “Unfortunately, when a policeman was severely beaten by protesters in front of the prime minister’s residence and needed surgery, or when death threats are made against me and my family every day – including yesterday when a man who threatened to kill me was arrested  – the media and many public figures choose to ignore it.

“One of them, Yair Lapid, like Ehud Barak,” Netanyahu accused, “even encourages groups of anarchists whose goal is to violate public order and undermine the foundations of Israeli society. I expect from everyone a uniform standard: to condemn violence and incitement wherever it is.

“On the eve of Tishah B’Av, I call on everyone to lower the flames and maintain public order. It is time we unite. We all have a common mission – to defeat the corona. We will only succeed if we work together.”

Earlier, Minister David Amsalem spoke out in the Knesset, blaming the opposition for the wave of violence in the streets.

“You are the most anti-democratic people … you will not accept the decision of the people [who voted for Netanyahu]. You call the rightwing public herbivores, because you are arrogant. You think you are allowed to do everything you wish in Israel.

“You shed the prime minister’s blood on a daily basis. If he went out into the street, he would be shot. Why? Because he works 20 hours a day for the benefit of the citizens of Israel. None of you get anywhere near his capabilities.”

According to Amsalem, who caused a stir on the opposition benches, “You have a double standard. What interests you is only to change the government, the prime minister and the rightwing. That is what interests you.

Amsalem summed it up: “You started this. You are the most anti-democratic people and you call us outlaws? Are you talking about violence? You are like the robbed Cossack.”

Meanwhile, a man in his 30’s was arrested just meters away from the Prime Minister’s Office in Yerushalayim on Wednesday after he was suspected of threatening Netanyahu and his wife. The man was carrying two knives and a toy gun.