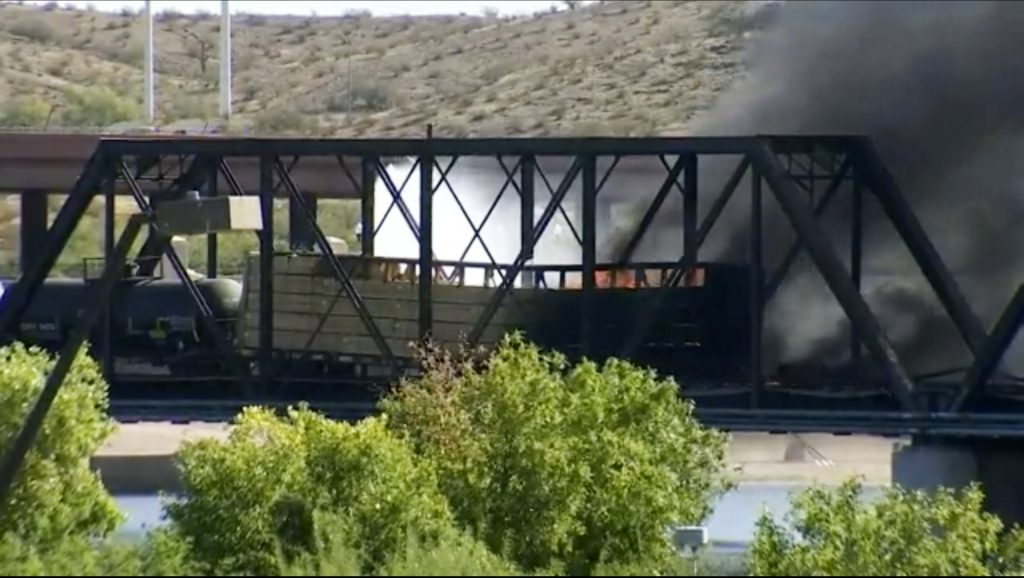 A freight train traveling on a bridge that spans a lake in a Phoenix suburb derailed Wednesday, setting the bridge ablaze and partially collapsing the structure, officials said.

Video images showed huge flames and thick black smoke rising into the air and train cars on the ground near Tempe Town Lake.

None of the train’s crew members were hurt but there was a report of someone suffering from smoke inhalation, said Tim McMahan, a spokesman for Union Pacific Railroad.

Fire officials in the suburb of Tempe said the derailment happened at about 6 a.m. and that about 90 firefighters were at the scene.

Some of the train’s cars carried lumber and others were tanker cars. McMahan said he did not know what was inside the tanker cars but that there were no reports of any leaks.

The 2.5-mile Tempe Town Lake is is a popular recreation spot for jogging, cycling and boating and close to Arizona State University.