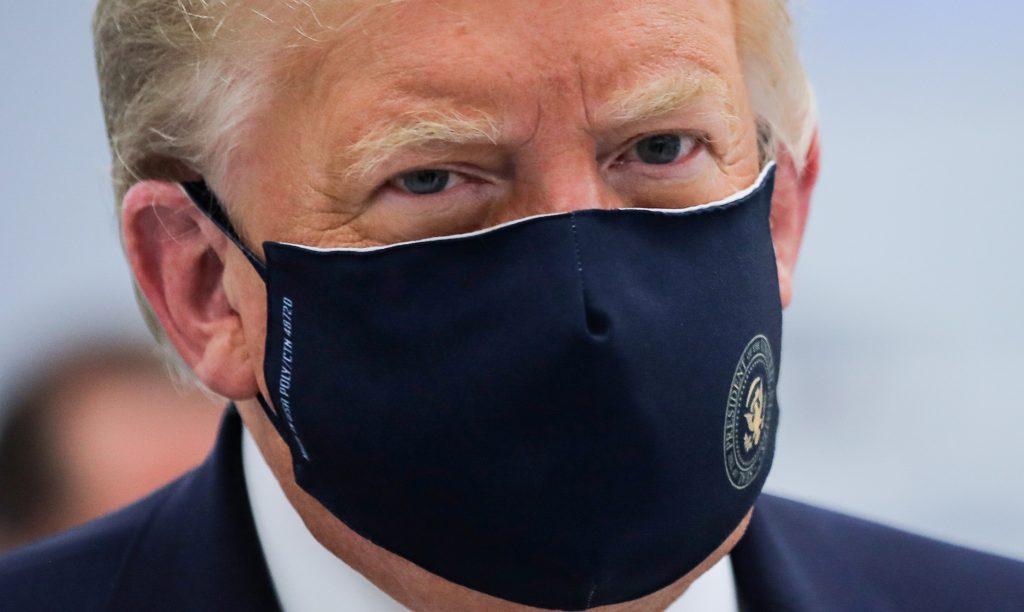 President Donald Trump’s administration, bolstering his tough immigration stance in an election year, said on Tuesday it will reject any new applications for the so-called “Dreamer” immigrant program and shorten the deportation protections of those whose eligibility is soon to expire and needs renewal.

A senior administration official said there would be a lengthy review of a Supreme Court ruling last month that found the administration had erred in the way that it had decided to end the Deferred Action for Childhood Arrivals (DACA) program, in which some 644,000 immigrants are enrolled.

The review is likely to take at least 100 days, putting off any final decision on the program until after the Nov. 3 election in which President Trump is fighting for a second term against Democrat Joe Biden.

The administration said it would consider ending the program, which shields from deportation hundreds of thousands of immigrants living in the United States illegally after entering as children — a group often called “Dreamers.”

The administration plans to continue its existing policy of not accepting new DACA applicants, a policy in place since 2017, the official told Reuters. It will extend the eligibility by a year for those DACA immigrants whose protection from deportation was due to expire, as long as they do not have a criminal record, the official said.

The previous policy had been to extend the eligibility for two years.

In addition, a memorandum issued by the Department of Homeland Security said permits allowing DACA recipients to travel outside the country would only be issued in “exceptional circumstances.”

“These actions will limit the scope of the program while DHS and the administration review its legality, justifications for a possible wind-down and other considerations relevant to deciding whether to keep or wind down the DACA policy,” the official said.

In justifying his concerns about the policy, acting secretary of Homeland Security Chad Wolf said he was concerned the program was sending “mixed messages” on immigration enforcement.

“DACA makes clear that, for certain large classes of individuals, DHS will at least tolerate, if not affirmatively sanction, their ongoing violation of the immigration laws,” the memo said.

He said that while recent border crossers are not eligible for the program, keeping it in place “creates some risk” of encouraging future illegal crossings of children “by suggesting a potential for similar future policies.”

Trump has made his hardline stance on both legal and illegal immigration a central platform of his presidency and his 2020 re-election campaign, but DACA is a complicated issue for him because of increasing public support of the program.

Leon Rodriguez, former director of U.S. Citizenship and Immigration Services under President Barack Obama, said the Trump administration’s move to limit the scope of the DACA program — which was introduced in 2012 under Obama — appeared to go against the intent of the Supreme Court ruling.

“So they think they can get away with half ending DACA renewals and persisting in not opening up first time DACA applications?” Rodriguez said. “Doubt that’s what the Supreme Court had in mind.”

Sanaa Abrar, advocacy director for immigrant rights organization United We Dream, said it was “outrageous they are absolutely refusing to do what the Supreme Court ruled, which was to return the program to its original 2012 state.”

“We know that multiple federal courts have been on our side, not just about the wrongful way the administration ended the program but about the validity of the original program,” Abrar said.

The Supreme Court left the door open for Trump to attempt again to rescind the program, ruling only that the administration had not met procedural requirements and its actions were “arbitrary and capricious,” under a federal law called the Administrative Procedure Act.

The administration filed paperwork with the district court in Maryland on Tuesday clarifying its plan.

The official said the administration will conduct “an exhaustive review” of the memos that it initially used to justify the winding down of the program.

“We’re going to review all of that and all the underlying communications that informed those documents, so that when the administration next acts on DACA, it will be anchored on this comprehensive review,” the official said.

Trump, in an interview with Noticias Telemundo earlier this month, said he would soon unveil an immigration measure that he said would include some protections for DACA.

“We’re working out the legal complexities right now, but I’m going to be signing a very major immigration bill as an executive order, which the Supreme Court now, because of the DACA decision, has given me the power to do that,” Trump said.