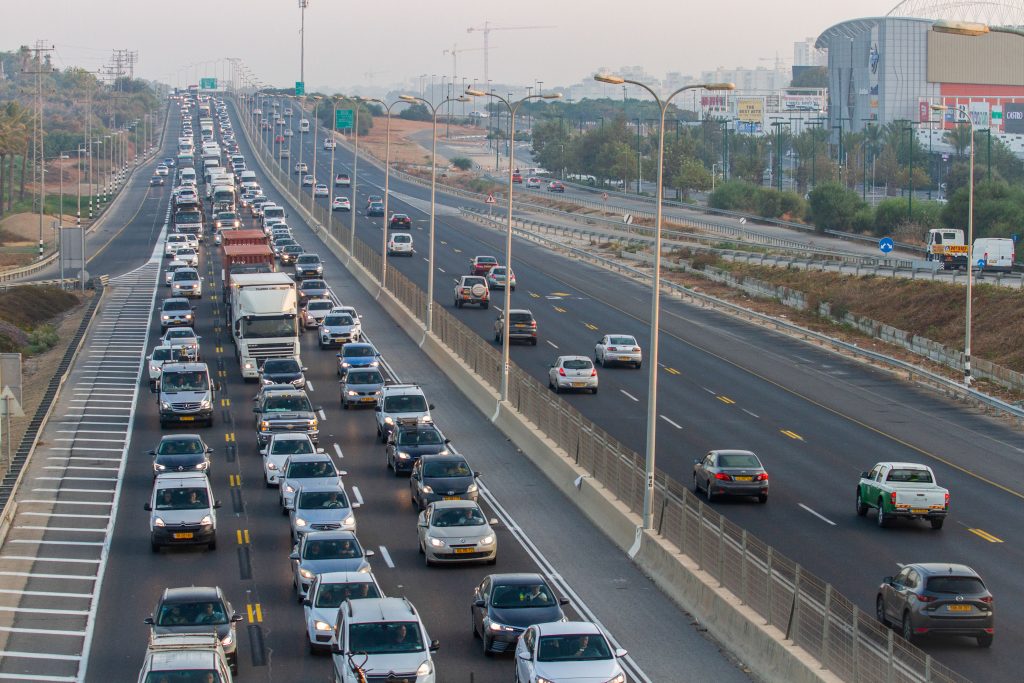 As for the rush hours traffic jams along the Mediterranean coast, Transportation Minister Miri Regev is seeking to advance a project that would have sea shuttles connect coastal cities like Netanya, Chadera and Ashdod with Tel Aviv. Similar commuter ferries exist in Manhattan, Bangkok and Istanbul.

Regev announced that she wants the proposed shuttle system to be subsidized by the government as are bus services.

The proposal did not include a time table, costs or what infrastructure would need to be constructed.

Israel’s central region, particularly the greater Tel Aviv area, faces constant traffic challenges, despite a series of new highways and interchanges. The long-delayed light rail system is not expected to begin before mid-2022.