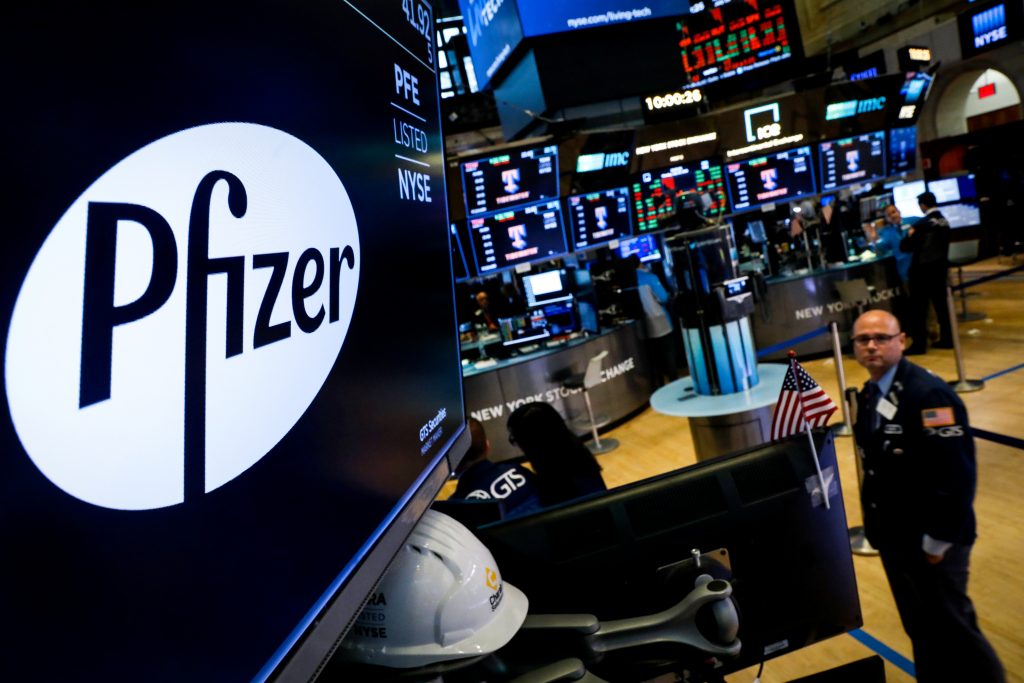 Pfizer reported a 32% plunge in second-quarter profit, mainly due to the global coronavirus pandemic limiting marketing of and new prescriptions for its medicines.

Pfizer had predicted in April that the virus would keep both patients and company sales representatives away from doctors and hospitals. Still, the biggest U.S. drugmaker by revenue posted a solid profit and nudged up parts of its 2020 financial forecast and reaffirmed the rest.

Adjusted income came to $4.4 billion, or 78 cents per share, topping the 64 cents that analysts were looking for, according to Zacks Investment Research

The maker of the world’s top-selling vaccine, Prevnar 13 for preventing ear infections, pneumonia and related bacterial diseases, noted that the pandemic restricted doctor visits, prescriptions for new medicines and vaccination rates for many of its shots. However, it boosted sales of its medicines used to treat patients hospitalized with COVID-19.

Pfizer is among the drugmakers leading the race to develop a safe, effective vaccine against the coronavirus. It’s one of several drugmakers included in Operation Warp Speed, the U.S. government’s effort to accelerate development of multiple vaccines.

Pfizer, the world’s biggest maker of injectable sterile medicines, late Monday announced the start of a late-stage trial of an experimental COVID-19 vaccine that it’s developing with German partner BioNTech. The U.S. Food and Drug Administration approved the companies’ plan for the global trial, which will include up to 30,000 adult participants in about 120 sites in the United States and other countries.

The pandemic has infected nearly 16.5 million people worldwide and killed more than 650,000. Roughly ¼ of those cases and deaths have occurred in the U.S., though experts say the true number of cases is much higher.

Shares are up 3% before the opening bell.