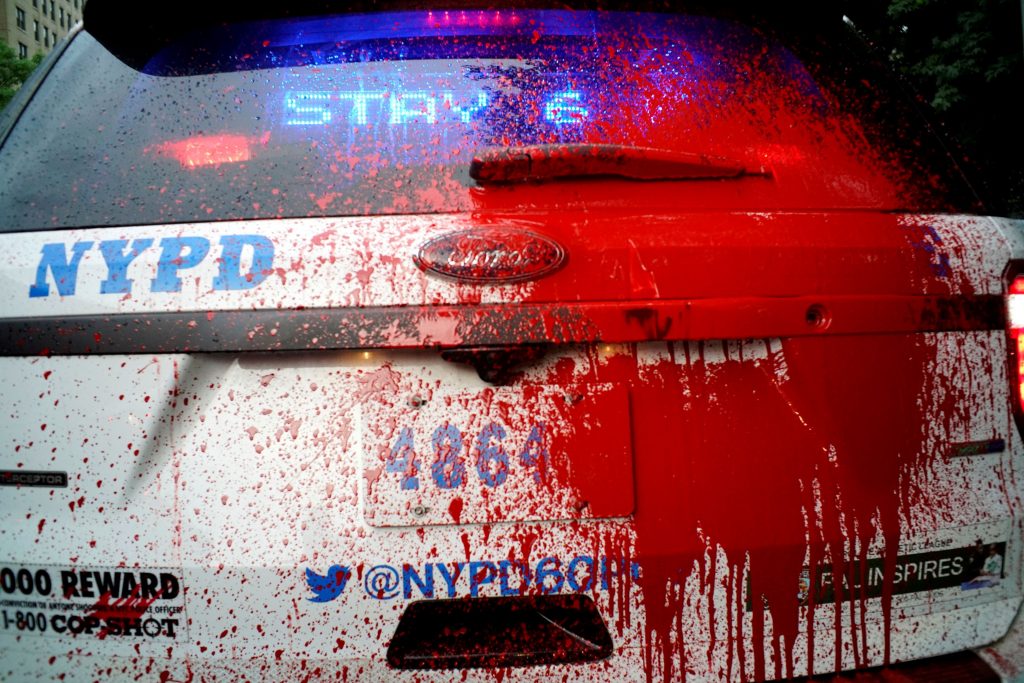 The department said Monday that 14 vehicles were a total loss because of fire damage, seven are still being repaired and the rest have returned to service.

Several people were arrested in the early days of the unrest for allegedly hurling Molotov cocktails at police vehicles in Brooklyn. Those cases are still pending in federal court.

In the latest incident Saturday night in Manhattan, a man was seen on video using a protest sign to bash the window of a parked police van while another man sprayed graffiti onto an adjacent police van.

In all, three vehicles were damaged, police said. None of them were occupied and no injuries were reported.

The first few nights of protests in the city were marred by stealing, unrest and violence inflicted both by and on police officers.

Since then, the demonstrations, sparked by the police killing of Floyd in Minneapolis and other instances of police misconduct, have largely been peaceful — but there have been flare-ups.

Last week, police in riot gear cleared a month-long encampment in front of New York’s City Hall, days after the NYPD’s top chief and several other officers were hurt as anti-police and pro-police protesters clashed on the Brooklyn Bridge.