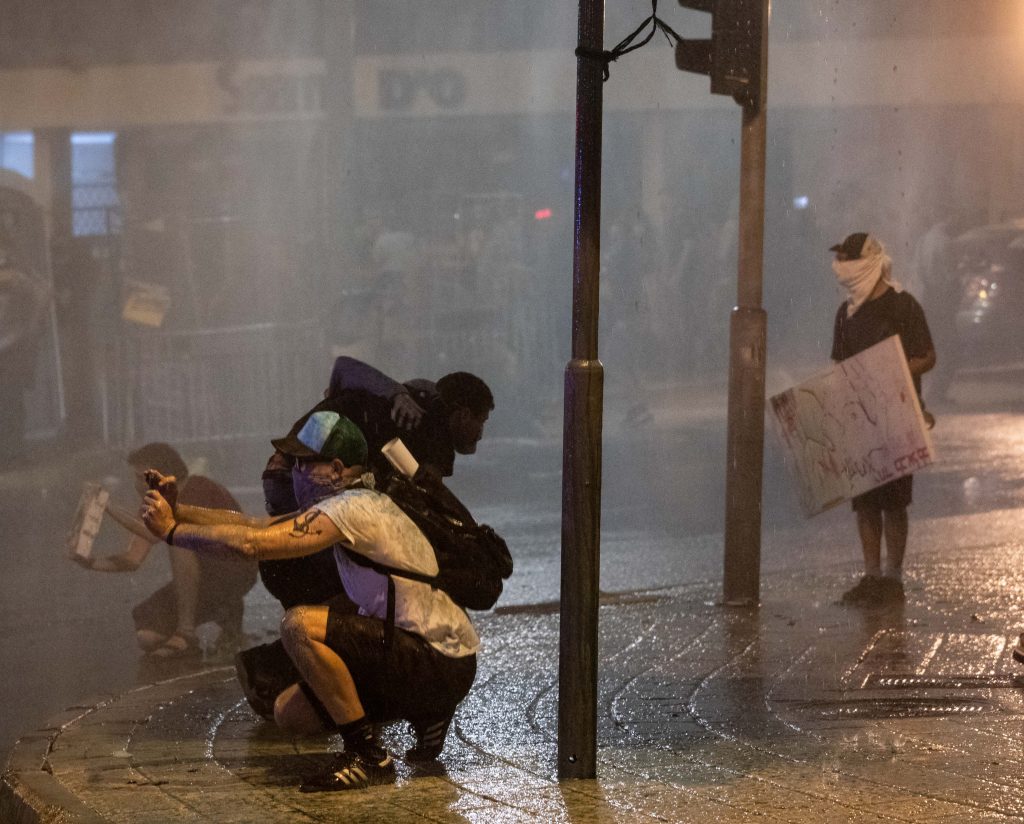 Complaints about the police use of water cannon to disperse crowds in the ongoing anti-government protests was the subject of debate in the Knesset on Tuesday.

Images of soaked Israeli protesters running and taking cover from the high-intensity blasts of water have featured prominently in global media coverage in recent days, prompting the Knesset’s Internal Affairs and Environment Committee to examine whether the tactic was warranted.

A protester who was filmed being hit in the face by a water burst said it caused him to lose consciousness. “I think they want to intimidate us from returning and protesting,” Yonatan Kimmel told the committee.

Sigal Bar Tzi, a police spokesperson, defended the use of the water cannons, noting that “this only happens after endless dialogue and warnings,” to protesters, adding that they are used in many countries as a non-lethal riot control tool.

Committee chairwoman, MK Miki Haimovich (Blue and White), was indignant over police failure to send a more senior official to the hearing.

“This is unacceptable to me. When a Knesset committee asks police of the most senior rank to come here after problematic events like this, I ask that they come here. This is the Knesset and you need to respect us,” said Haimovich.

“The images from the protest are not easy to accept. The right to protest is important, even if it’s inconvenient for neighborhood residents or the regime,” Haimovich said, according to Ynet. “We need to correct the injustices done in protests in the past and they cannot be a guide for how to act in the present.”

Citing past injustices, MK Yitzhak Pindros of United Torah Judaism was dismissive of the current furor.

“There is dissembling that suddenly water cannons are used in the State of Israel. I’ve been familiar with water cannons for decades already,” he said during the meeting, referring to their use on chareidi demonstrators.