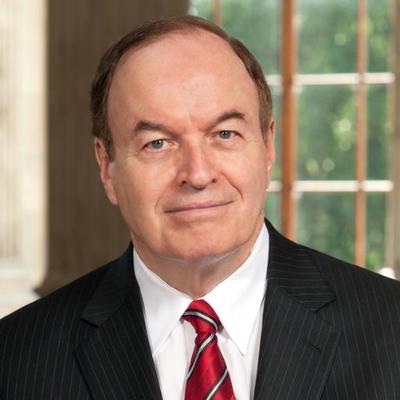 Navy planes and ships and Air Force aircraft that the Trump administration canceled earlier this year so the money could go to pay for the wall have reappeared in the GOP bill that was introduced on Monday. The programs are part of $30 billion in defense spending in the GOP bill that Democrats are already objecting to. Republicans are defending the spending as important to protect jobs and help the Pentagon cope with impacts of coronavirus.

The Trump administration’s move to “reprogram” Pentagon money, to build Trump’s promised wall along the U.S.-Mexico border has been a long-running dispute between the administration and Congress. Lawmakers of both parties have objected, but the administration contends it can move the Pentagon’s money without congressional approval.

Now Senate Republicans, led by Appropriations Chairman Richard C. Shelby, R-Ala., have taken the opportunity presented by the coronavirus stimulus bill to restore spending on some of the programs they deemed most critical — although Democratic objections make it uncertain whether the spending will make it into any final bill.

Included in the GOP bill are some of the $3.8 billion in Pentagon programs canceled in a “reprogramming” notice the Trump administration released earlier this year.

In one example, the administration sought to zero out a $261 million account for the Navy’s Expeditionary Fast Transport ship. The coronavirus bill puts $260 million back into this program. The ship is built by Austal USA, which is based in Shelby’s home state of Alabama.

The administration’s reprogramming notice also took money from the budget for the Navy’s P-8A Poseidon aircraft by $180 million, saying there were already enough planes and describing it as a “congressional special interest item.” The COVID bill puts more than $1 billion into the P-8A program.

Another Air Force program, for the F-35 aircraft, was also targeted for a $156 million cut by the Trump administration earlier this year. The coronavirus bill includes $686 million for additional F-35As.

Apart from the money aimed at restoring programs cut to pay for the wall, the Pentagon spending in the coronavirus bill includes money for an array of other weapons systems, as well as money to help the Pentagon defray costs related to the coronavirus. That includes about $10 billion for a program aimed at reimbursing contractors for costs incurred keeping workers on payroll when they had to shut down because of the coronavirus.

A Shelby aide, speaking on condition of anonymity to discuss internal thinking, defended the spending in the bill as necessary to support programs important to the Pentagon and members of Congress — and protect jobs that might otherwise be lost as Pentagon operations slow because of the coronavirus.

“It protects all of the downstream supplier base and those are the places that are hurting the worst,” the aide said.

House Democrats, however, made clear they do not support the Pentagon spending in the Senate GOP’s bill.