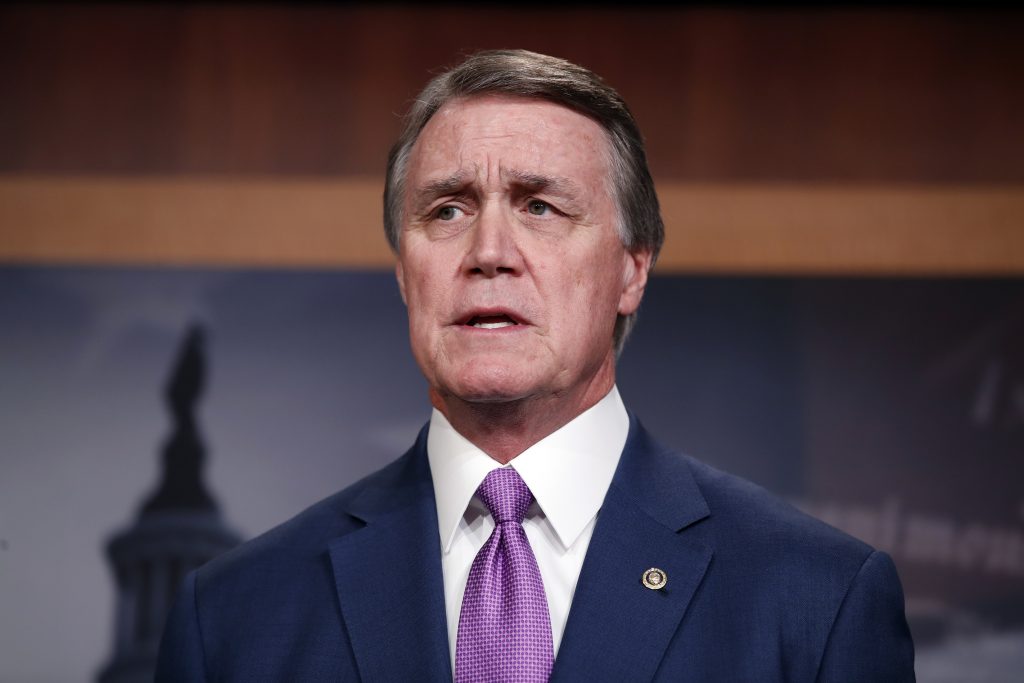 Republican Sen. David Perdue of Georgia has taken down a digital campaign ad featuring a manipulated picture of his Democratic opponent Jon Ossoff, who is Jewish, with an enlarged nose.

Before being removed, the social media ad showed grainy pictures of Ossoff and Sen. Charles Schumer of New York, who is also Jewish, above a banner reading, “DEMOCRATS ARE TRYING TO BUY GEORGIA! HELP DAVID PERDUE FIGHT BACK.”

The news outlet The Forward first reported that the image was manipulated and made Ossoff’s nose appear larger than in the original photo.

A spokeswoman for Perdue said in a statement Monday that the image has been removed from social media, calling it an “unintentional error” by an outside vendor, without naming the vendor.

“Anybody who implies that this was anything other than an inadvertent error is intentionally misrepresenting Senator Perdue’s strong and consistent record of standing firmly against anti-Semitism and all forms of hate,” the spokeswoman said.

But Ossoff pushed back on the assertion that it was merely an error.

“Sitting U.S. Senator David Perdue’s digital attack ad distorted my face to enlarge and extend my nose. I’m Jewish. This is the oldest, most obvious, least original anti-Semitic trope in history,” Ossoff said in a statement. “Senator, literally no one believes your excuses. You can start with an unqualified apology to Georgia’s Jewish community.”

Perdue is seeking a second term in November as Republicans look to hold on to the White House and Senate majority.