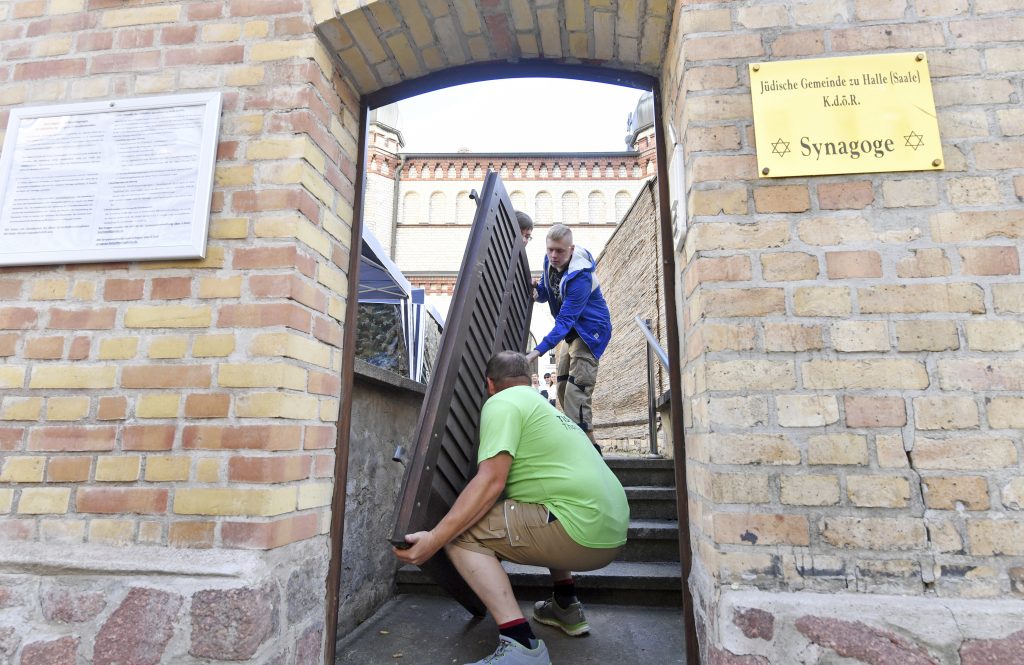 The bullet hole-ridden door of a German synagogue that held firm in a botched far-right attack on Yom Kippur last year was being replaced on Tuesday, a week after the suspect went on trial. It is slated to become part of a memorial.

The suspect, Stephan Balliet, is alleged to have posted an anti-Semitic screed before carrying out the Oct. 9 attack in the eastern city of Halle. He broadcast the shooting live on a popular gaming site.

Prosecutors say he repeatedly tried, but failed, to force his way into the synagogue with 52 worshippers inside, before shooting and killing a woman in the street outside and a man at a nearby kebab shop.

The damaged door, pockmarked with bullet holes, became a symbol of concern about rising anti-Semitism in Germany.

On Tuesday, a carpenter removed the door, news agency dpa reported. A new one was being installed in its place.

The head of Halle’s Jewish community, Max Privorozki, said that a memorial will be built and the old door will be a central part of it. “We plan to have everything ready for Oct. 9,” the anniversary of the attack, he said.

Balliet’s trial on charges including murder, attempted murder, bodily harm and incitement opened a week ago in nearby Magdeburg. The suspect told the court that he saw Jews as a threat to the white race.