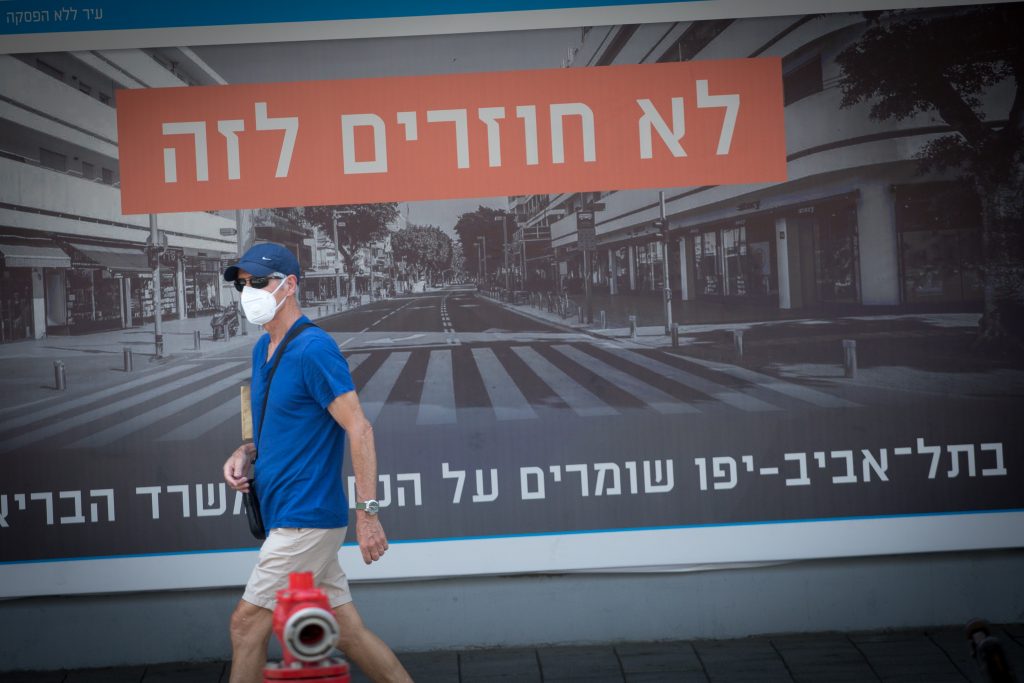 Israel’s new coronavirus czar unveiled his plan to defeat the pandemic in a nationwide address on Tuesday in which he promised that the government response will henceforth be more rational and transparent.

In a lecture complete with charts illustrating the trajectory of infection, Prof. Ronni Gamzu offered a “new contract, between the people and the government.”

Gamzu pledged that the public will be given the reasons for future restrictions on economic activity meant to stop the contagion.

“We won’t allow any more restrictions without logic. I will not allow harm to economy without a logical reason, I am responsible” he said.

Prime Minister Binyamin Netanyahu called on all Israelis to their support to the plan.

“The plan can win, but we need to work together,” he says.

Speaking after him, Defense Minister Benny Gantz told Gamzu that the whole military is at his disposal.

“This special [coronavirus] command will work to shorten test times, improve laboratories’ processes, [and] operate a large network of epidemiological surveyors; it will ensure rapid quarantining of patients and will assess and analyze the spread of the disease in order to establish policies,” the Defense Ministry says in a statement.

Gamzu stressed the wearing of masks, pointing to charts showing their effectiveness. The chart shows that some 70 percent of Israelis are using masks, which he said is good “but not enough.”

Part of the new approach will involve giving some cities autonomy in managing the crisis according to local conditions.

Areas with low case numbers will be designated as “green,” and will allowed to open restaurants and other businesses as they see fit.

Cities marked as “yellow,” which are in danger of a major outbreak, would get more money to help them deal with the threat.

“Red” cities would be subjected to restrictions imposed at the national level, as before.

Meanwhile, the number of new coronavirus cases broke all records for a 24-hour period, 2,210 since Monday night, according to the Health Ministry.

Six new deaths are reported, bringing the death toll to 486. There have been 12 deaths since Monday evening.

The number of patients in serious condition remained at 321, with 97 of them on ventilators.

The data contradicted Health Minister Yuli Edelstein statement on Tuesday that “we have stopped the rise in infections, now we are fighting to lower it.”