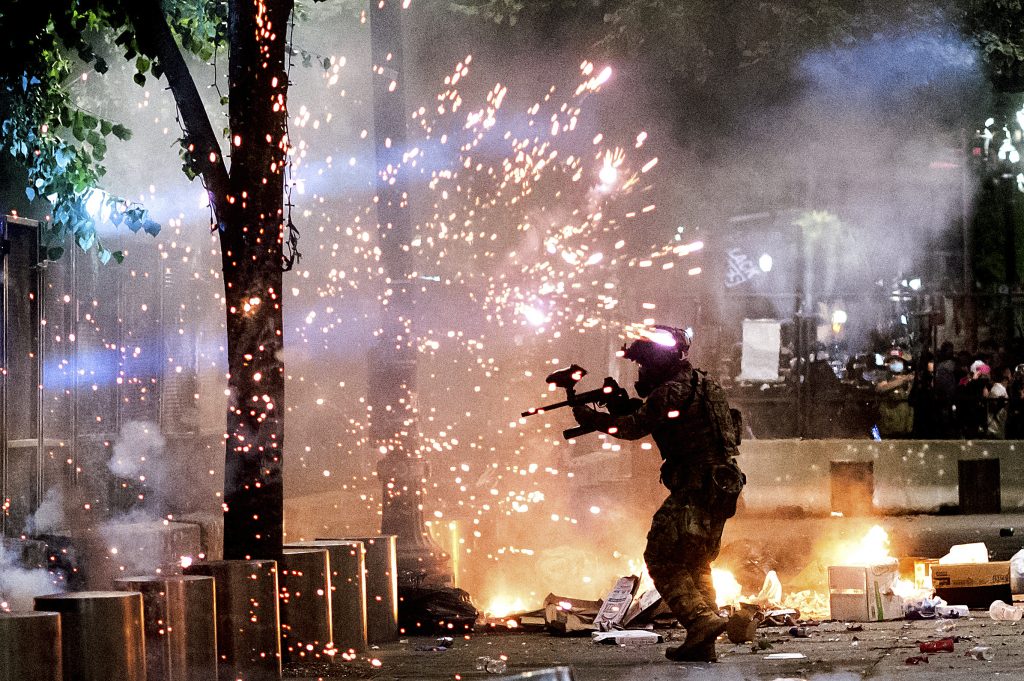 The Trump administration is sending more federal agents to Portland, Ore., as officials consider pushing back harder and farther against the growing crowds and nightly clashes with protesters, vandals, and rioters, The Washington Post has learned.

To strengthen federal forces arrayed around the city’s downtown courthouse, the U.S. Marshals Service decided last week to send 100 deputy U.S. Marshals to Portland, according to an internal Marshals email reviewed by The Post. The personnel began arriving Thursday night.

The Department of Homeland Security is also considering a plan to send an additional 50 U.S. Customs and Border Protection (CBP) personnel to the city, but a final decision on the deployment has not been made, according to senior administration officials involved in the federal response.

Such moves would mark a significant expansion of the federal force currently operating at the courthouse — there were 114 federal agents there in mid-July — though it is unclear how many personnel there now would be relieved and sent home once the reinforcements arrive.

Spokesmen for the Marshals Service and the Department of Homeland Security did not immediately address requests for further information.

Portland has been the scene of long-running protests over police mistreatment of minorities, centered largely around the large federal courthouse downtown. Confrontations between the heavily-armed federal agents and black-clad protesters have intensified in recent weeks, and Trump administration officials have pledged to defeat the “violent anarchists” who they say are trying to burn down the building.

As the nightly street battles in Portland have gotten more attention, they have triggered internal investigations into the conduct of federal agencies like the Marshals and CBP. Federal law enforcement officials have grown increasingly worried that they may be losing control of Portland’s streets, and losing the public debate over their handling of the unrest, according to people familiar with the internal discussions who were not authorized to discuss those conversations with reporters.

There is growing concern among federal law enforcement officials that some individuals in the crowds outside the courthouse have gotten more aggressive in recent days, and the current number of federal agents on site may not be sufficient to handle them. Protesters have injured federal agents with large commercial-grade fireworks while others aim lasers at their eyes, leading to several injuries, DHS officials say.

The decision to boost the size of the federal force is likely to anger local officials who have accused the Trump administration of making the situation worse, and called for the federal agents to leave the city. Congressional Democrats also have criticized the administration’s response, accusing the president of using conflict as a rallying point for his reelection.

In an email last week to senior Marshals officials, Deputy Director Derrick Driscoll thanked the agency for their help with Operation Legend, a Trump administration initiative to investigate violent crime in a handful of other U.S. cities.

“I am again in need of your help,” Driscoll wrote, saying that 100 deputy marshals were needed in Portland. “At this time we are unsure how long this assistance will continue,” he wrote, though he indicated that the agency plans to relieve deputy marshals every three weeks for what he called the critical mission of guarding the courthouse which has been “under assault for two months.”

The potential deployment of 50 additional CBP personnel is in anticipation of possible larger clashes with protesters and rioters by the weekend, according to people familiar with the discussion.

The Marshals personnel previously sent to Portland were primarily members of the Special Operations Group, personnel who have some training in handling riots and crowds. The 100 law enforcement officers now being sent there are being pulled from the ranks of deputy marshals who rarely have training in riot response or crowd control, according to law enforcement officials.

Another idea being discussed among federal officials is expanding the fencing perimeter around the courthouse, to create a second, more secure area where protesters could not bring certain items, such as gas masks, shields or weapons. As part of that scenario, a stronger secondary fence would be erected that would be more resistant to nightly efforts to move or dismantle it, according to people familiar with the discussions.