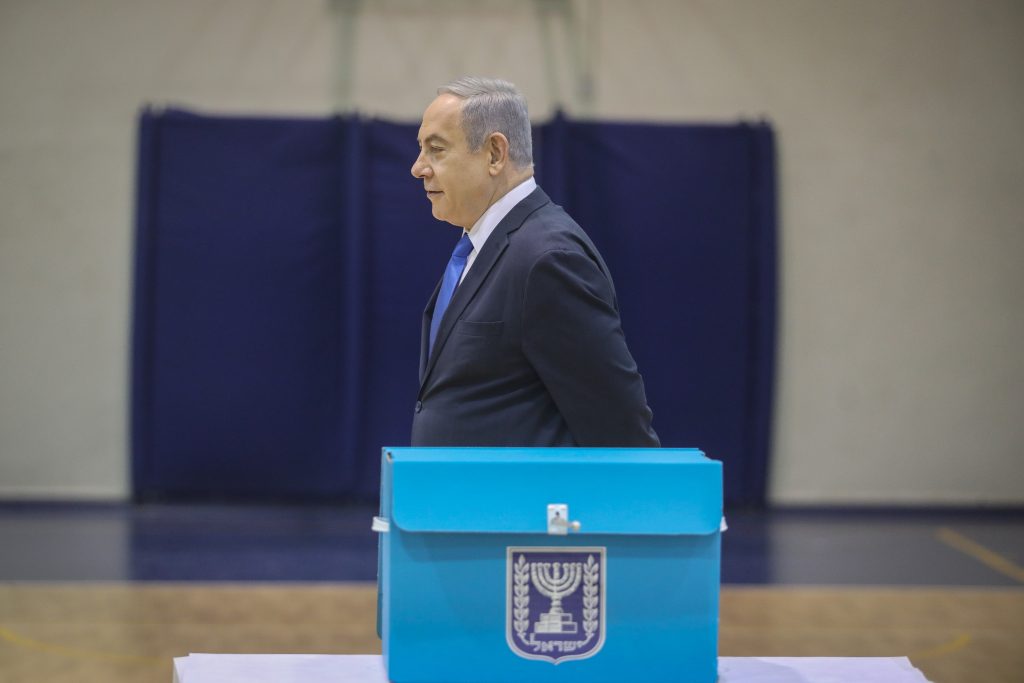 Is the country heading to yet another election campaign? A senior political figure who spoke with Prime Minister Binyamin Netanyahu understood from him that he was interested in going to the polls this fall, according to a report by Channel 12 Monday morning. According to the source, only the flexibility of Blue and White on the budget issue will prevent sending Israel to its fourth election in under two years.

However, the Likud denies that Netanyahu is interested in the election – a denial that apparently comes after reports that Netanyahu may be trying to lead a situation in which an alternative government will be formed in the current Knesset, a 61-member rightwing government, without having to go to the polls.

On Sunday, Channel 12 reported that senior Likud officials estimate that Netanyahu is interested in dissolving the partnership with Blue and White and that he will try to form an alternative coalition, a step that is completely contrary to the current coalition agreement. According to those sources, Netanyahu will try to bring in MK Zvi Hauser (Derech Eretz) and other Knesset members.

But Hauser’s party member, Minister Yoaz Handel, poured cold water on the plan in an interview Monday, telling Kan News: “I am not concerned about my political future, I have received offers from all parties, from the center and right. I said no then – and I say no now. I want a unity government. I will not join a narrow government with the Likud.”

Under the coalition agreement, neither Netanyahu nor Gantz can overthrow the government by casting a vote of no-confidence and running for the new prime minister. Therefore, a creative solution has been found – the Likud is considering appointing Minister Rabbi Aryeh Deri or Knesset Speaker Yariv Levin as temporary candidates for prime minister, and then the government will fall, re-emerge and after only a week they will vote no more and then it will be possible to nominate Netanyahu as prime minister. The Prime Minister’s Office outright denied these reports.