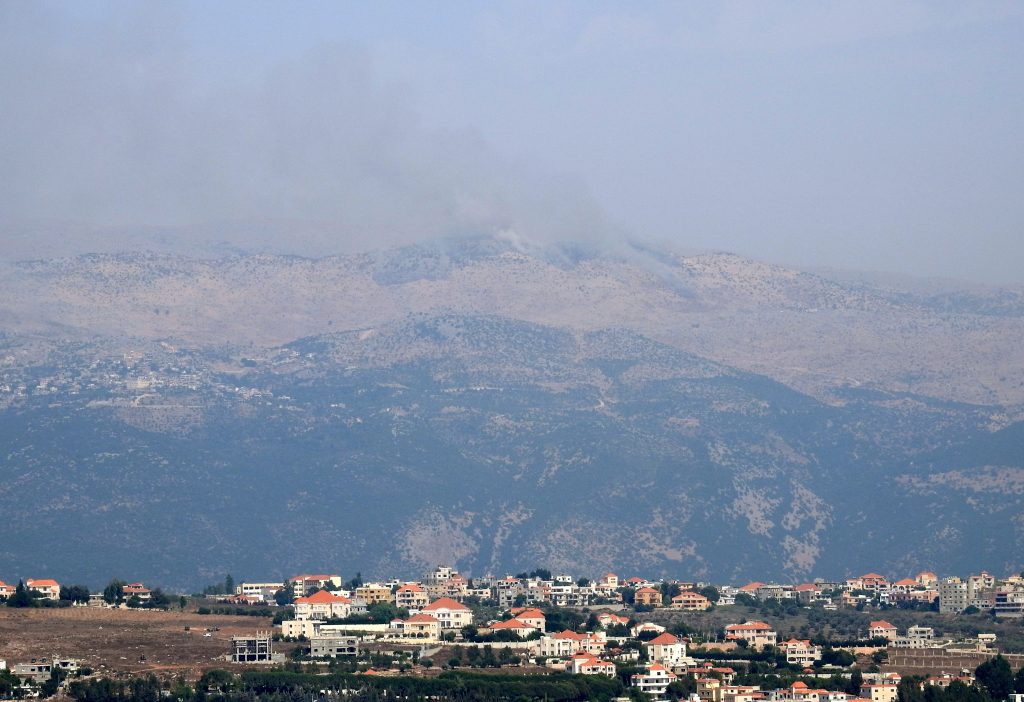 The IDF thwarted a Hezbollah terror attack near Mount Dov along the border with Lebanon on Monday afternoon, the IDF said. The cell, which numbered three or four Hezbollah operatives, crossed the border several meters into sovereign Israeli territory and were identified by the IDF, who opened fire on them.

The cell fled back into Lebanon, and their condition is not known.

The IDF spokesman said there were no IDF injuries or casualties, baruch Hashem.

Large explosions were heard in the north and Israeli Air Force attack aircraft were seen in the area as IDF artillery cannons retaliated against targets in southern Lebanon.

Speaking in the Knesset, Prime Minister Binyamin Netanyahu said the government was closely following the developments in the north.

The IDF had instructed all residents close to the border to remain indoors, a directive that was lifted a short while later. Roads that had been closed at the start of the incident were also reopened.

A large numbers of IDF troops were being deployed to the area, which is largely unpopulated and from where Hezbollah has previously staged attacks on Israel.

Channel 12 said explosions had been heard in the area. Aerial activity was also reported.

Hezbollah had warned Israel it might retaliate for the attack on its terrorists last week, but said that it would not give clues as to when and where. It was unclear whether the incident on Monday was part of that response and whether it was perpetrated by Hezbollah.

Shortly after Gantz visited troops in the north on Sunday, the IDF said in a statement that one of its drones crashed in southern Lebanon “during operational activities” along the border.

Netanyahu and Gantz were updated on the incident during their respective Knesset faction meetings.

Netanyahu ended his meeting, and he and Gantz then headed to the Defense Ministry’s Kirya compound in Tel Aviv for security consultations with IDF Chief of Staff Aviv Kochavi.

The U.N. peacekeeping force in Lebanon, known as UNFIL, said its commander Maj. Gen. Stefano Del Col was in contact with both Israel and the Hezbollah to assess the situation and decrease tensions.