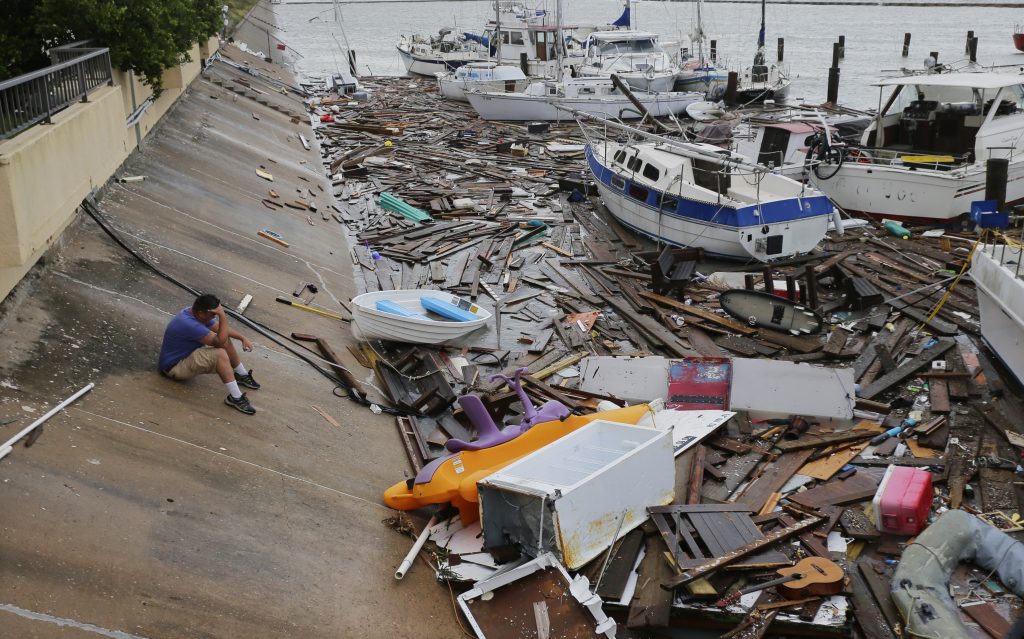 A downgraded Hanna continued weakening on Monday but its remnants still threatened to bring rainfall and flash flooding to waterlogged parts of South Texas and Northern Mexico that have been dealing with a surge in coronavirus cases.

Now a tropical depression, Hanna was 65 miles north of Fresnillo in the Mexican state of Zacatecas as its winds weakened to about 25 mph, the National Hurricane Center said Monday.

Initial reports indicated Hanna dumped up to 15 inches of rain in some areas in South Texas. Another 1 to 2 inches could fall on Monday in areas of South Texas that are already waterlogged. The northern Mexican states of Coahuila, Nuevo Leon and Tamaulipas could see an additional 4 to 8 inches of rain, possibly producing mudslides in these areas.

Border communities whose health-care systems were already strained by COVID-19 cases — with some patients being airlifted to larger cities — continued grappling with Hanna. There were no immediate reports of any deaths on either side of the border.

Henry Van De Putte, CEO of the Red Cross’ Texas Gulf Coast chapter, said the organization would open more shelters with reduced capacity to ensure social distancing. Volunteers and people seeking refuge will undergo temperature checks, and a medical professional will be assigned to each location, he said. Some in need of shelter would be given hotel rooms to keep them apart from others, according to state officials.

A community building known as the “Dome” in Mercedes, Texas, was set aside for evacuees who had tested positive for COVID-19 or were exposed to the virus.

Van De Putte emphasized that people should not delay seeking help because of the virus and that officials were making shelters as safe as possible.

In the Mexican border city of Reynosa, a maternity hospital was damaged by heavy rain, and water had to be pumped out, authorities said. Some patients had to be moved to upper floors, and a few were evacuated to other hospitals, said Pedro Granados, director of civil protection for Tamaulipas state.

Coastal states scrambled this spring to adjust emergency hurricane plans to account for the virus, and Hanna was the first big test.

Hanna blew ashore as a Category 1 storm late Saturday afternoon with winds of 90 mph not far from Port Mansfield, which is about 130 miles south of Corpus Christi.

Myrle Tucker, 83, tried to ride out the storm in a powerboat docked in a Corpus Christi marina. But winds and rain blew out the vessel’s windows. Eventually rescuers in a dinghy were able to reach him and bring him to shore. Many other boats were flooded and lashed by the storm.

More than 65,400 customers remained without power on Monday throughout South Texas, including Corpus Christi, Harlingen and McAllen, utility officials said. That was down from a peak of 200,000 early Sunday morning.

Corpus Christi is in Nueces County, where 60 babies tested positive for COVID-19 from July 1 to July 16. Farther south in Cameron County, more than 300 new cases have been reported almost daily for the past two weeks. The past week has also been the county’s deadliest of the pandemic.

In the Mexican city of Matamoros, across from Brownsville, the rains shook tents in a refugee camp housing an estimated 1,300 asylum seekers, including newborns and elderly people, who have been waiting for months for court dates under a U.S. immigration policy informally known as “Remain in Mexico.”

In the Pacific Ocean, meanwhile, Hawaii avoided a direct hit Monday from Hurricane Douglas as the storm was moving away from the main Hawaiian islands.