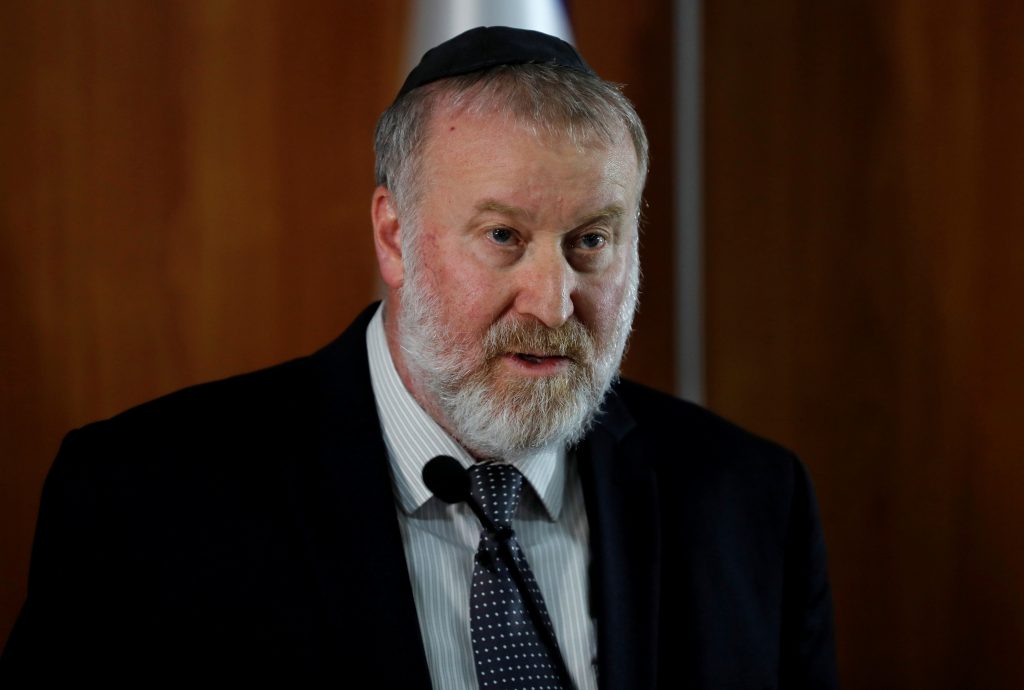 Attorney General Avichai Mandelblit warned on Sunday that Prime Minister Binyamin Netanyahu may need to pay back the $300,000 his family received from a tycoon family member without authorization, despite not using it for his own personal gain.

Mandelblit gave the High Court a legal briefing on Sunday.

In early 2019 the previous members of the State Comptroller Committee had ordered Netanyahu to return the full $300,000 he received from his uncle Nathan Milikovsky because he had obtained it without permission from the committee.

Netanyahu accepted some $270,000 from Milikowsky in order to cover his wife’s legal fees during her recent trial, in which she was accused of defrauding the state.

According to the original indictment, Sara Netanyahu, along with a government employee, fraudulently obtained from the state hundreds of meals supplied by restaurants, with a total value of some $100,000, bypassing regulations that prohibit the practice if a cook is employed at home.

Still, the committee gave Netanyahu favorable treatment on a related issue on July 2, saying he need return only $30,000 out of the $300,000 in donations he received from Milikovsky for his legal fight without approval.

Mandelblit’s legal brief on Sunday essentially agreed with the Movement for the Quality of Government in Israel that the circumstances in which the funds were given to Sara Netanyahu could be seen as an indirect way to give funds to the prime minister himself.

If the purpose of the funds was determined to be to help the prime minister and using his wife as a loophole, then the committee should order Netanyahu to return all of the funds.

The attorney general criticized the committee for not addressing the issue and told the High Court that the committee must express a factual finding on the issue regarding what was the purpose of the funds.

According to Mandelblit’s interpretation, “it is possible that the law could be applied to benefits given to the spouse of the prime minister or someone else who is close to him.” Mandelblit said that this matter should be referred to the special committee tasked with reviewing financial matters pertaining to ministers.