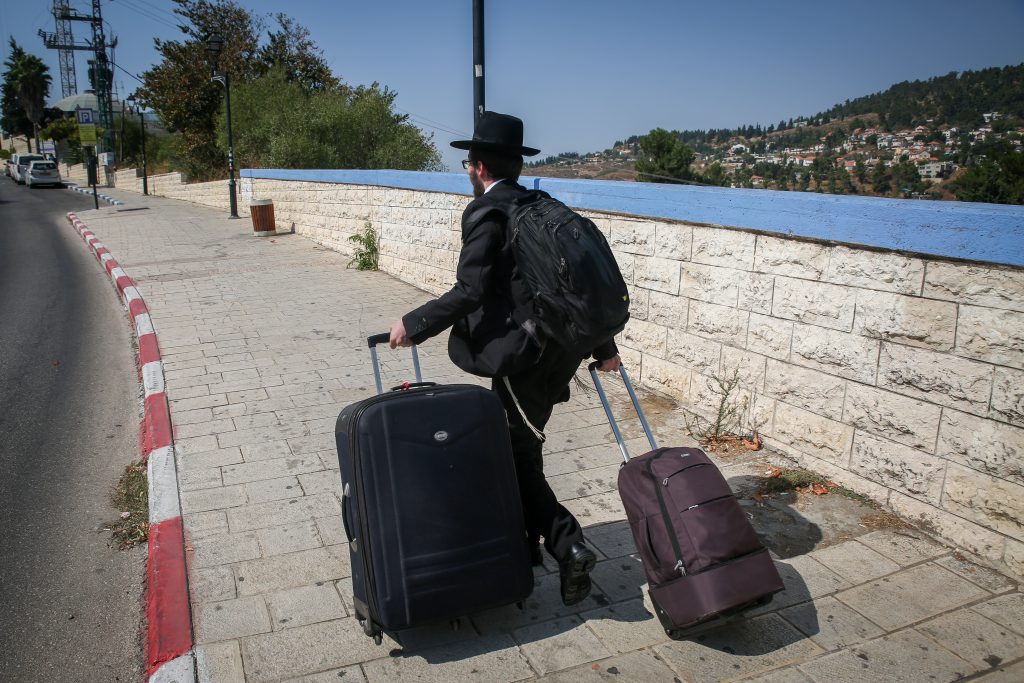 MK David Bitan (Likud), chairman of the Knesset’s Aliyah and Absorption Committee, agreed Sunday with the Foreign Ministry that yeshivah students from abroad will not need to physically come to Israel Consulates overseas to register, in order to study in Israel. The parents of these students will sign a permit for their son to go before a notary, this permit will be transferred to the yeshivah where they will study – and they will transfer the paperwork to the Population Authority.

Bitan also promised to obtain a budget from the Treasury for additional staff, for the next four months only, in the Foreign Ministry, which will include a representative of the Population Authority – in order to alleviate the burden. The committee is discussing the distress encountered by many Torah institutions, which are based on students from abroad, and the fear is that the students will not be able to start their studies at the beginning of Elul in Israel, due to the lack of entry visas for students.

Recently, the minister of the interior approved the entry into the country of new students for the next school year in all academic settings. As part of the guidelines issued to the heads of the yeshivos, starting last Wednesday the responsibility for their arrival rests with the institution of study. The guidelines stipulate that up to 6 students will have to stay in a separate isolation area with dedicated toilets and showers for that area. Previous discussions have focused on congestion at consulates and lengthy waiting times in handling applications submitted.

According to Dr. Asher Shalmon, director of the Department of International Relations at the Ministry of Health, clear procedures were issued last Thursday for the arrival of yeshivah students. It is not the students who apply but the yeshivah, and an institution regulated by the required isolation and distance procedures will be approved. The spread of the disease, he said, could not be limited to testing or isolation, as its results would be revealed only after the patient infected others.

According to MK Rabbi Yisrael Eichler (United Torah Judaism), all the burdens previously handled by the Population Authority were imposed on Israel Consulates abroad. MK Rabbi Yosef Tayeb (Shas) claimed that none of the heads of yeshivos based on foreign students had any idea what the procedures were and what the schedule was.

Eyal Siso, head of the Consular Affairs Division at the Ministry of Foreign Affairs, said that the yeshivah students do not have to physically go to the consulates, but the yeshivos will coordinate all the details – and they will transfer these to the Population Authority. Only students under the age of 18, as parental permission to leave their country of origin is required, must physically reach the consulates. Their rate is only 5% of applicants.

Stella Rap, deputy director general of consular affairs at the Ministry of Foreign Affairs, said that in a number of Israeli missions abroad, such visa requests are handled by only one or two employees due to the coronavirus crisis.