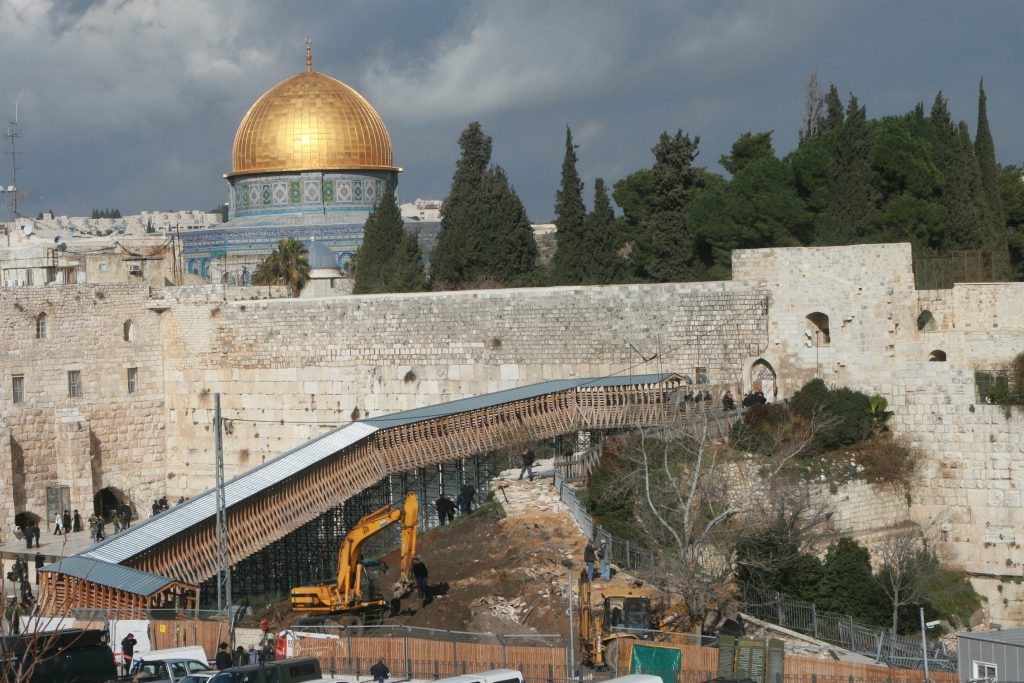 A cable car to the Old City of Yerushalayim, which has faced years of opposition, has reached the High Court, which on Sunday demanded that proponents of the project justify the government’s fast-tracking of the approval process.

The judges ordered that the Tourism Ministry and other advocates produce the “factual basis” for their claim that the cable car, to connect West Yerushalayim with the Old City, will boost tourism.

The argument in favor is that it will help relieve traffic congestion caused mainly by tour buses. The cable car is expected to run from the First Station Cultural Center in southern Yerushalayim, traverse Hinnom Valley to Mount Tzion, then travel parallel to the Old City walls, before reaching Dung Gate, the closest entrance to the Kosel.

The court’s focus on the tourism claim is related to the government’s decision to route the request for approval to the National Infrastructure Committee—a fast-track body within the Finance Ministry—bypassing the usual planning hierarchy, which includes a series of public hearings.

The NIC was set up to handle major infrastructure projects such as gas and railway lines that cross local authority boundaries. But in 2016, “tourist infrastructure” projects were added to the types of projects that can qualify for NIC consideration. Hence, the court’s query.

Eli Ben Ari, the lawyer representing one of four plaintiffs, environmental advocacy organization Adam Teva V’Din, told The Times of Israel: “I don’t see how they can justify this from a tourist point of view.”

A study released last week by a private analyst found that the government’s claims about the traffic advantages of a cable car were based on inadequate data and unsupported conclusions.

Gideon Stein, chief research scientist at Mobileye, conducted his own analysis of GPS data from over 2,700 city bus trips (Routes 1 and 38) in the Old City area.

His conclusion was that a shuttle service could carry more than 1,000 passengers per hour on the same route, the maximum estimated for the cable car as well. It would be a much cheaper way to improve access to the Kosel than the proposed 200 million shekel ($58 million) cable car, he said.

(Critics scoff at the government’s scheme to transport up to 3,000 people per hour in up to 72 ten-person cabins.)

A ban on private vehicles, more than 100 of which enter the Ophel Road every hour, would reduce traffic load and free up 115 parking spaces for buses.

Tourism and traffic issues aside, opponents of the project have contended that it will turn the capital and its sacred sites into a grotesque theme park and blight the landscape with 15 huge pylons, while doing little to solve traffic and pollution problems.