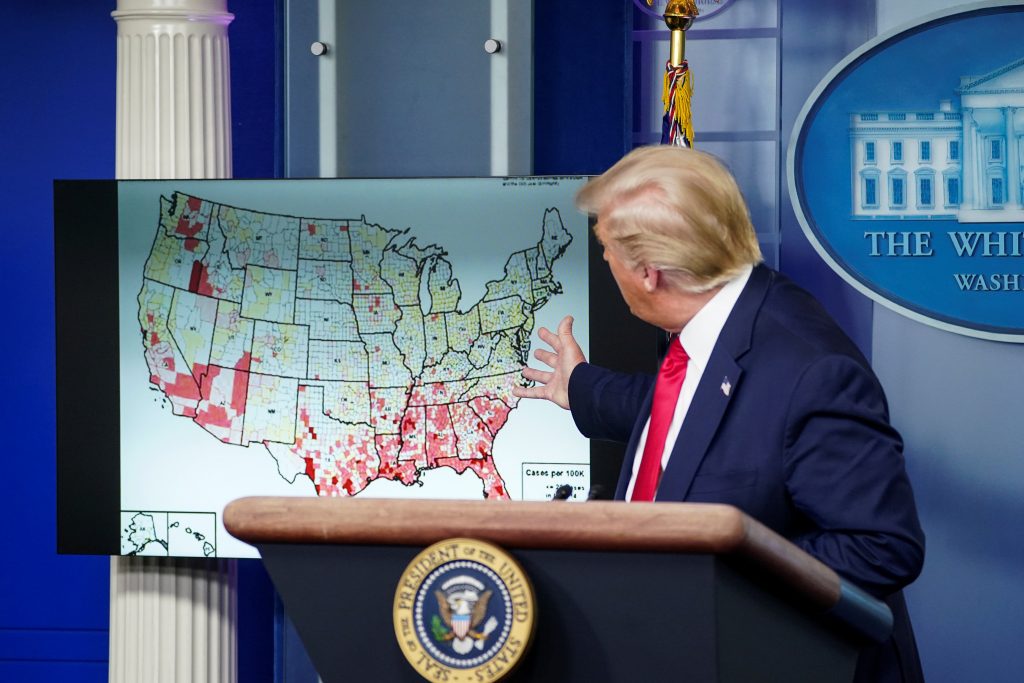 The United States recorded more than 1,100 deaths from COVID-19 for the third day in a row on Thursday, as the outbreak strained hospitals in California, Florida and Texas, according to a Reuters tally.

The rise in the U.S. death toll has not seen back-to-back days with over 1,100 lives lost since late May. Many states and local governments in May lifted restrictions and reopened beaches, restaurants and businesses, triggering a surge in infections of the novel coronavirus in June and an increase in fatalities in July.

So far in July, 17 states have broken one-day records for increases in COVID-19 deaths, according to a Reuters tally.

Texas reported at least 174 deaths, Florida 173, California 152 and Arizona 89 deaths. Florida’s deaths were a one-day record as were 37 deaths in Tennessee.

Even though deaths are rising in the United States for a second week in a row, they remain well below levels seen in April, when 2,000 people a day on average died from the virus.

Among the 20 countries with the largest outbreaks, the United States ranks sixth highest globally for deaths per capita, according to a Reuters analysis.