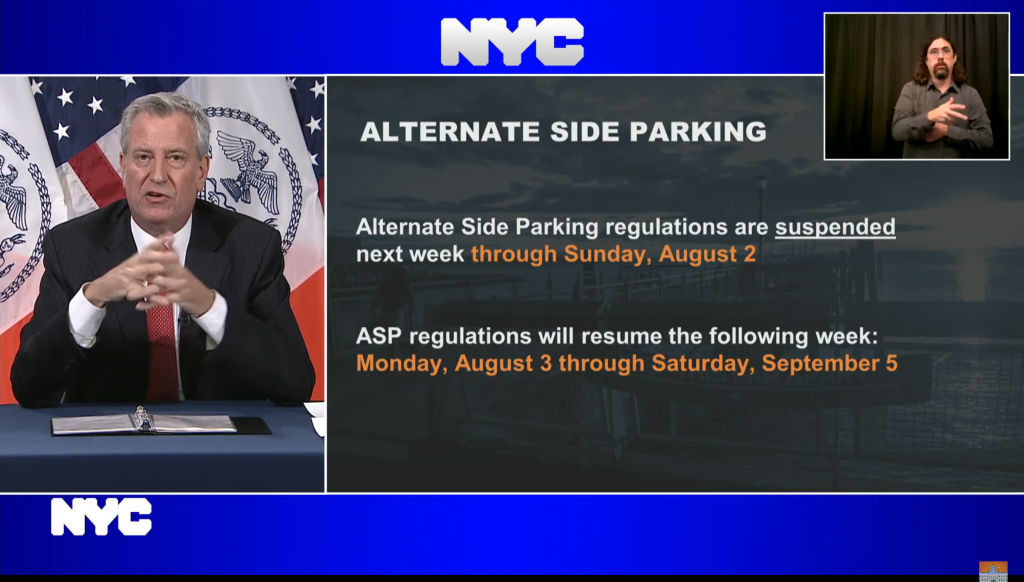 Alternate Side Parking is returning to New York City next month.

ASP had been suspended since mid-March, with the exception of one week in mid-May, one week at the end of June, and this past week. Mayor Bill de Blasio announced Friday that ASP will be suspended once again in the final week of July, through Sunday, August 2.

Street sides that were only cleaned once per week, will continue at the same schedule.