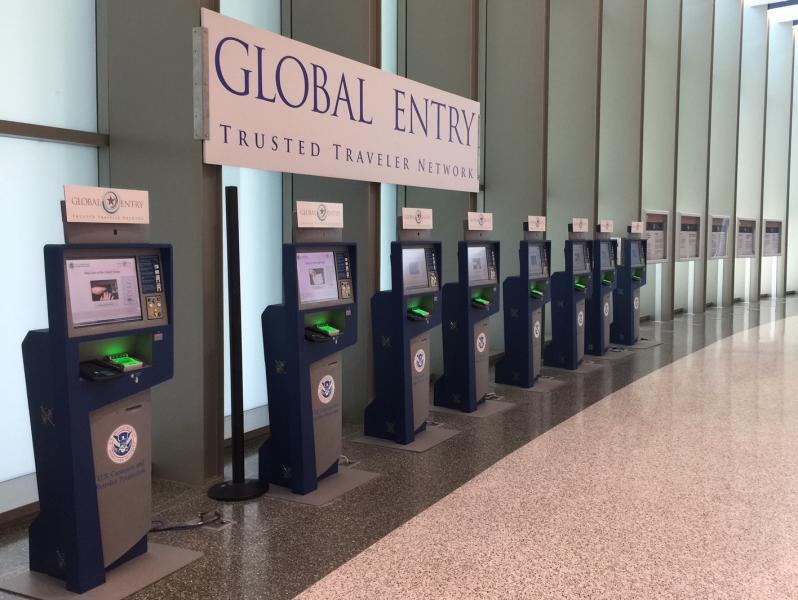 The Trump administration said Thursday that New Yorkers would once again be allowed to enroll and re-enroll in Global Entry and other federal travel programs after the state government earlier this year allowed limited access to motor vehicle records.

The Department of Homeland Security announced it had lifted a ban that dates back to February, when President Donald Trump’s administration booted state residents from the programs that allow vetted travelers to avoid long security lines at the U.S. border.

The Legislature in April amended the provision, and the Trump administration can now access driving records of individuals who are applying for the trusted travelers program, which is only available to legal residents.

The announcement comes at a time when international travel has been severely curtailed because of the pandemic, and a number of countries have barred U.S. travelers because of the high number of cases in the country.

Gov. Andrew Cuomo, who met with Trump at the White House to try to allow New Yorkers to rejoin the program and restart the importation and exportation of vehicles, said the fix protected New Yorkers’ privacy while addressing federal concerns.

“I am glad that this issue has finally been resolved for all New Yorkers,” he said.

But the DHS statement Thursday suggests still the Trump administration still has its issues with state policy.