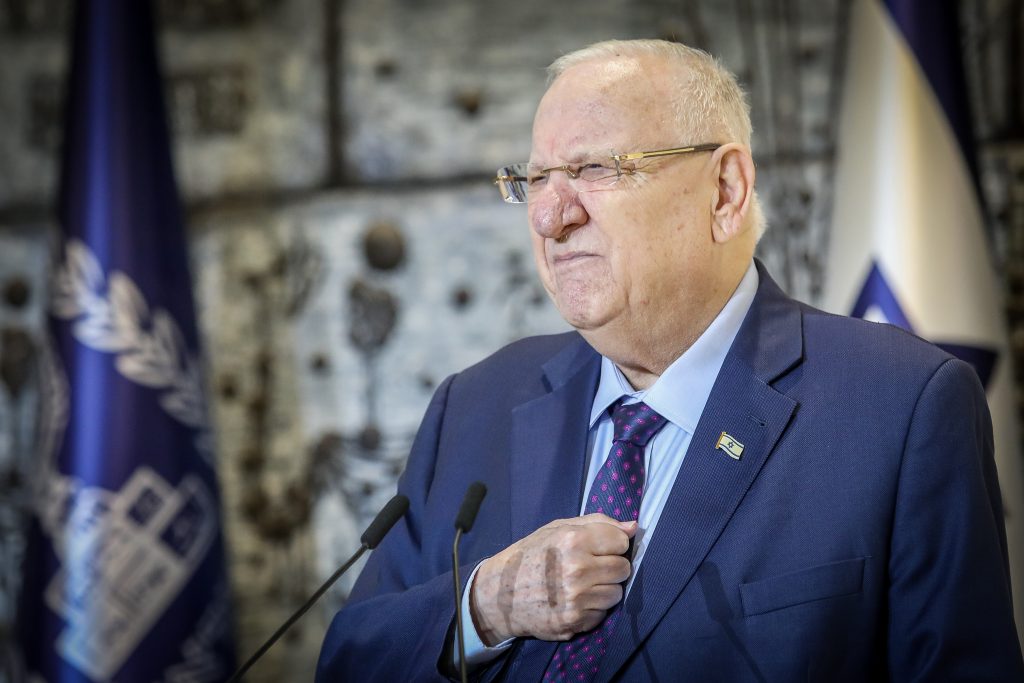 Against the background of the clashes in the unity government of Binyamin Netanyahu and Benny Gantz and the election cloud that is being carried in the air, President Reuven Rivlin on Thursday called on the government officials to calm things down and put things in place. Speaking at a meeting for social workers at the end of their strike, he attacked the government’s conduct in recent days, saying they were dragging the country behind them like a “rag doll,” amid reports that Netanyahu has decided to trigger new elections after weeks of coalition infighting.

“I would like to address all members of the government. I, like the other citizens of the country, follow with great concern the developments in the Knesset, which are repeatedly shaking the already fragile partnership between all the coalition factions,” Rivlin said.

“As a citizen and on behalf of us all, I say: Get a grip on things! Stop the talk of early elections, of that terrible option at this time, and save yourselves from it,” he said. “The State of Israel is not a rag doll that you drag around as you squabble,” Rivlin added.

“Our citizens, all of us, need you focused, clear, working to resolve the unprecedented crisis in which the State of Israel and all of humanity have found themselves. It is up to you to do it.”

The rare public scolding came hours after two senior Likud MKs threatened new elections and after a report the previous evening that Netanyahu had decided against passing a state budget by a late-August deadline, in a gambit that would trigger a national vote later in 2020.

On Thursday morning, Communications Minister Yoaz Hendel said in an interview on Army Radio that “any leader with even the slightest sense of national responsibility understands that we must not go to elections at the current time. I still believe that establishing a unity government was the correct thing to do.”

Welfare Minister Itzik Shmuli also said that it would be unacceptable for the government to break up at this point in time. “Going to elections at this point would be the least responsible course of action to take,” he said in an interview on Radio 103 FM. “What happened yesterday in the Knesset vote is not a justification for going to elections.”

Meanwhile, Kan News reported on Thursday that Blue and White does not intend to further support the controversial bill that passed its preliminary vote in the Knesset on Wednesday, due to the understanding that violating coalition agreements could lead to the collapse of the government.