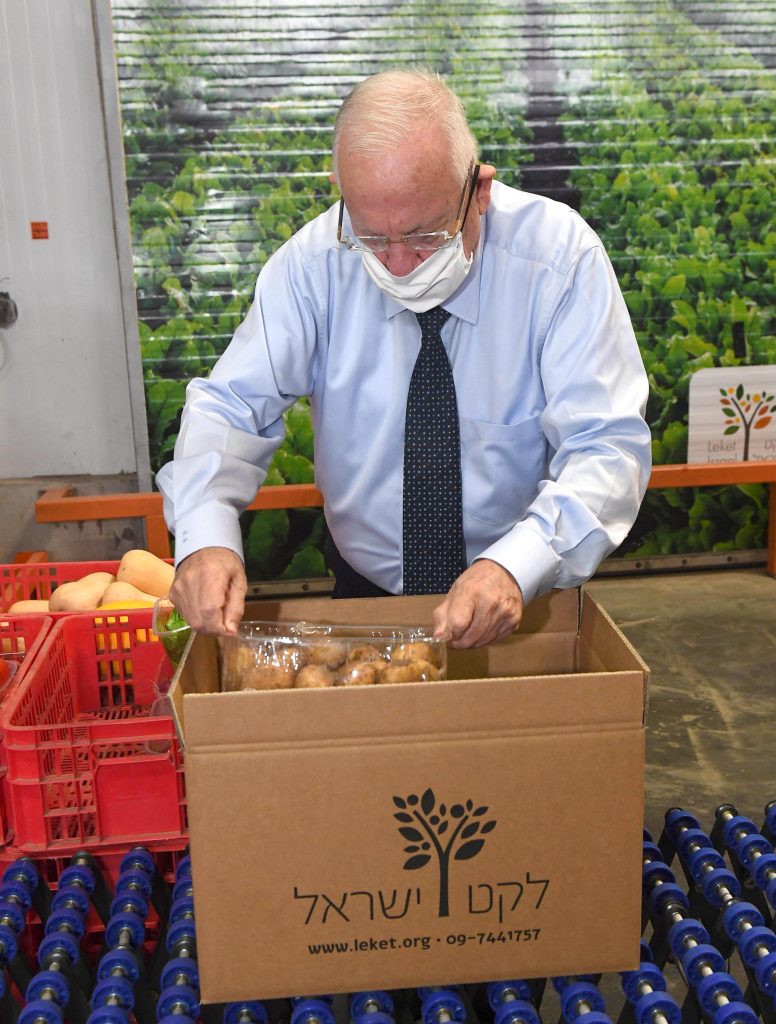 President Reuven Rivlin joined volunteers packing vegetable boxes for those in need at the logistics center of Leket Yisrael, the National Food Bank on Thursday.

“The coronavirus crisis is not just a health problem – it is also a social and economic crisis. There are families and individuals whose lives and dreams are under threat of being crushed by the virus and what it is doing,” said the president.

“The coronavirus has hurt us all, but right now we see that the weaker members of our society have become even weaker. Those in need now need more. It is at difficult times like this that we measure social solidarity and mutual responsibility.”

CEO Gidi Kroch told Rivlin about the significant changes their operations had undergone: how donations of cooked food had stopped immediately, and that elderly people in need had stopped visiting food banks because of the instructions not to. He also said that many volunteers had stopped coming for fear of catching the virus. At the same time the donations of agricultural produce had risen sharply, although there was no-one to receive them.

The organization adapted to the new situation and bought and distributed over a million hot meals directly to the homes of those in need, hired additional workers and refrigerated storage and thus saved over 7.5 million kilograms of agricultural produce – 60% more than at the same time last year, according to a statement from the president’s office.