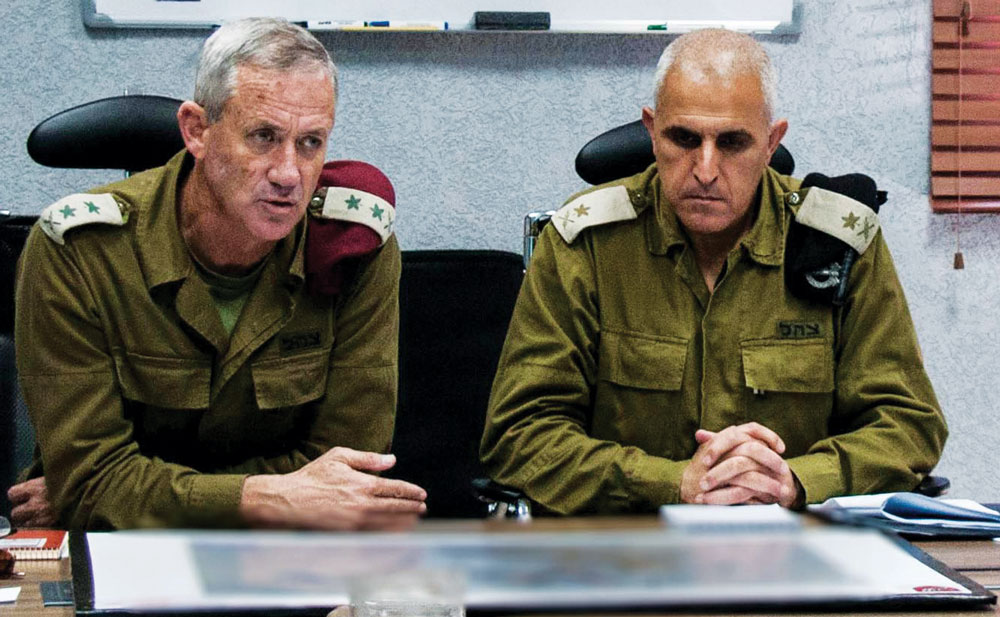 Responding in the Knesset plenum on Wednesday to a motion for the agenda titled “Six Years Since Operation Protective Edge and the Kidnapping of Oron Shaul,” Defense Minister Benny Gantz (Blue and White) first addressed the budget needed for dealing with the security threats Israel faces. “While we are in a very challenging time from the perspective of the health-related challenge and the economic and social challenges that derive from it, I reiterate to you that the security challenges on all the operational fronts have not gone away even for one moment.”

Israel, he said, must maintain its military edge and “make certain that the proper resources for this are found. Not without checking, not without investigating and not without becoming more efficient, but our security is not something we can really compromise on.”

Addressing Operation Protective Edge, which took place during his tenure as IDF chief of staff, Gantz said it was a “complex campaign that achieved a lasting severe blow to Hamas and Islamic Jihad and the terror infrastructures in the Gaza Strip,” adding “it is our duty to maintain this deterrence as much as possible. As long as they are trying to hurt us from the south, and to me it does not matter if it’s a balloon or a rocket, the violation of our security and our sovereignty will be answered with might and reason.”

Gantz reiterated his commitment to return to Israel the kidnapped soldiers and the civilians held by Hamas. “As a commander, as a former IDF chief of staff, as the current defense minister, and as a social-political-national leader, I am fully committed to bringing back [the remains] of St.-Sgt. Oron Shaul and Lt. Hadar Goldin, Hy”d. We mustn’t stop the efforts to bring them back.”

Shaul and Goldin were both killed during Operation Protective Edge. Hamas is thought to either hold or know the whereabouts of their remains. Hamas has also been holding as hostages for years two Israeli citizens, both special-needs individuals who walked into the Gaza Strip themselves.

Gantz said the residents of Gaza should also be able to lead normal lives, and that Israel is committed to providing​ humanitarian aid for the people of Gaza, including food and medicine. “I believe this is a powerful and moral mitzvah of the highest level, and we, as members of the Jewish nation, who have experienced what we’ve experienced, must remember that might and morality came down to the world together,” Gantz said.

“Residents of Gaza, if you want to continue to develop, an agreement requires a return [of the soldiers’ remains and the civilian captives]. What should be developed in Gaza will not be able to be developed without the boys and captives returning home,” he said.