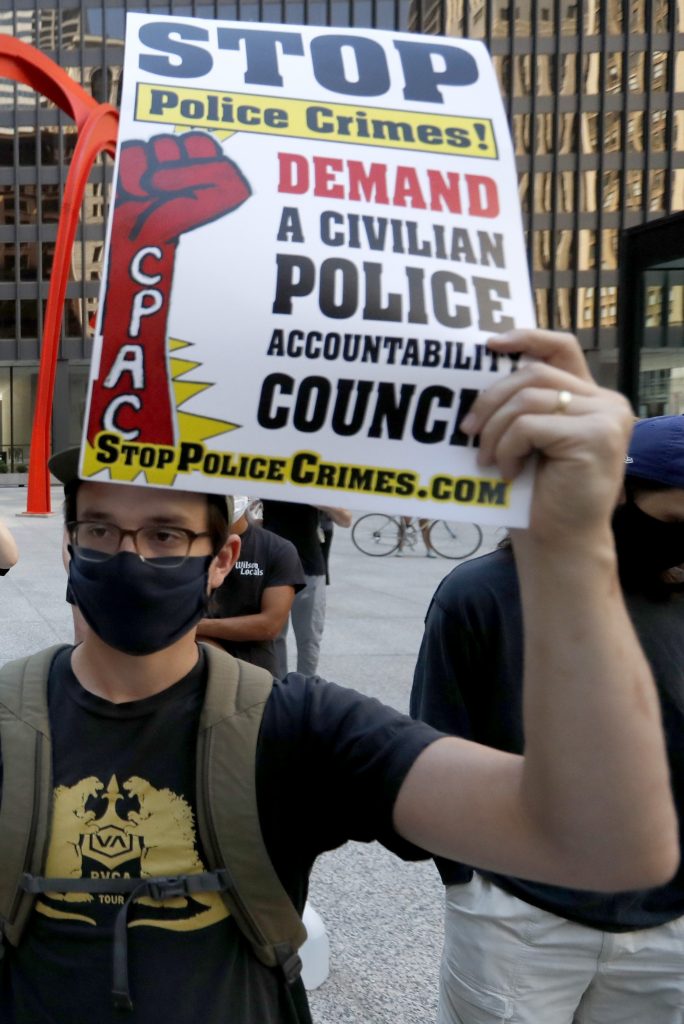 A collection of Chicago activist groups want a judge to block federal agents sent to the city to combat violent crime by President Donald Trump from interfering in or policing protests, arguing in a lawsuit filed Thursday that that the surge will inhibit residents’ ability to hold demonstrations.

The suit names Attorney General William Barr along with the heads of other federal agencies whose agents are part of the surge plan announced at the White House on Wednesday. The announcement did little to calm some Chicago residents’ fear that the agents’ presence will lead to the violent clashes between demonstrators and federal agents seen in Portland.

The lawsuit also asks a judge to prevent agents in Chicago from making arrests or detaining people without probable cause and to require agents to identify themselves and their agency before taking either action and explain why someone is being arrested.

The planned surge already has caused some members of the activist groups to draw back from protest plans this weekend, “due to the well-founded fear that they will be brutalized or kidnapped by federal agents for no reason other than being a protestor, journalist, or legal observer on the streets and sidewalks of Chicago,” attorneys wrote.

In Oregon, the state has asked a judge for a similar restraining order against agents deployed to quell protests in Portland. The suit filed by Oregon Attorney General Ellen Rosenblum accuses federal agents of arresting protesters without probable cause, whisking them away in unmarked cars and using excessive force.

Federal authorities have disputed those allegations.

Barr and acting Homeland Security Secretary Chad Wolf on Wednesday also sought to separate the mission in Portland — to protect federal property — from the goal of helping stop violent crime in Chicago.

Chicago activists, including Black Lives Matter Chicago, said in the lawsuit that those reassurances mean little. The suit referenced Trump’s comments Wednesday blaming a push to “defund, dismantle and dissolve” police departments for violent crime along with the president’s past support for federal agents’ presence in Portland.

“Neither the President, Defendant Barr, nor Defendant Wolf gave any assurance that the ‘hundreds’ of federal agents flooding Chicago would leave protestors alone,” the activists’ lawsuit said. “At no time did they acknowledge that the federal government had overstepped in Portland. At no time did they agree that the federal law enforcement activities currently taking place in Portland would be limited to Portland.”