National In Another Night of Unrest in Portland, Tear Gas Hits Mayor
National 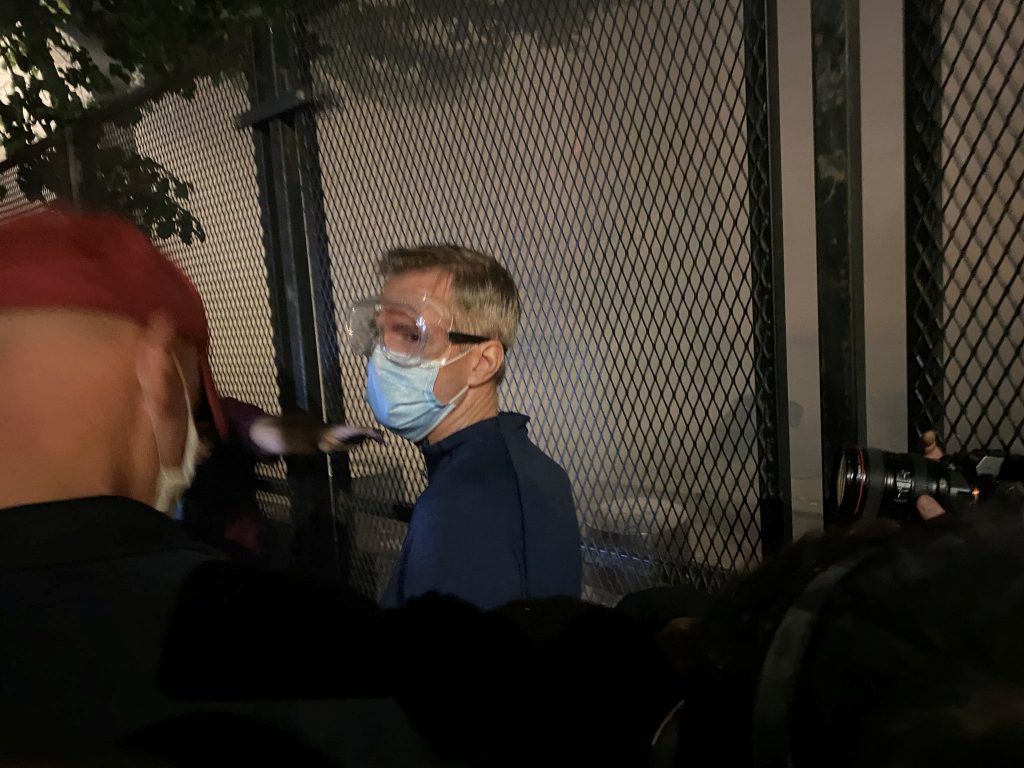 The mayor of Portland, Ted Wheeler, was stung by tear gas early on Thursday morning after he joined demonstrators protesting against racial injustice and police brutality.

Protests have rocked Portland every night for weeks, with security forces often tear-gassing and clubbing demonstrators.

Visiting the protest site, Wheeler was jeered at by some demonstrators who called on him to resign and chanted “shame on you.” They said he should have done more to protect Portland’s citizens.

However, as he stood among the crowd outside Portland’s Justice Center, Wheeler, who was wearing a face mask, was himself affected by tear gas. Video footage showed him coughing.

Federal agents housed in the Justice Center showed no sign of retreating, regularly going out of the building to throw smoke bombs and tear gas towards protesters.

The deployment of federal agents in Portland on July 4 is a flashpoint in a national debate over civil liberties and what demonstrators and local officials see as a political ploy by President Donald Trump to drum up a “law and order” campaign as he faces an uphill re-election battle.

The Department of Homeland Security called the deployment “Operation Diligent Valor,” according to court documents. Wheeler, a Democrat, called the intervention an abuse of federal power and said it was escalating the violence.