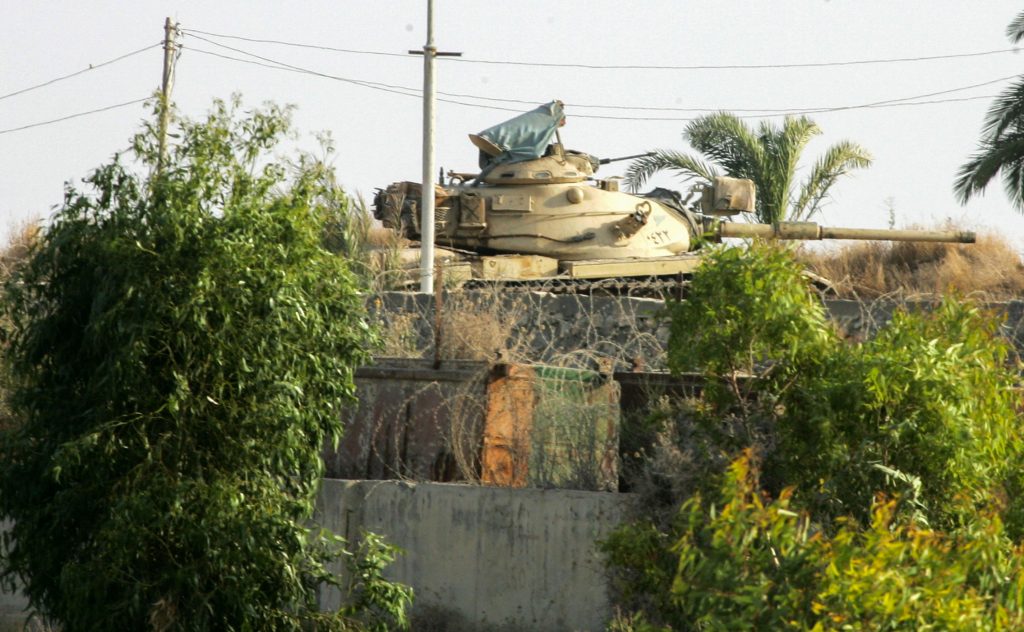 The Egyptian army said it has killed 18 suspected terrorists who attacked a military post in northern Sinai on Tuesday and foiled their “terrorist” attack.

Two army personnel were killed and four others wounded in the attack which took place in the Bir al-Abed area, it said in a statement.

One of the attackers was wearing an explosive belt, the army said, adding that troops destroyed four vehicles including three car bombs while chasing the suspected terrorists in a farm and some uninhabited homes.

Egypt has been fighting Islamist terrorists who have killed hundreds of police and soldiers in the northern part of the Sinai Peninsula since the ousting of Mohamed Mursi of the Muslim Brotherhood in 2013 following mass protests against his rule.

Terrorists have also carried out attacks elsewhere in the country.

In May, the army said that 15 of its men had died or been wounded in operations in the Sinai Peninsula “recently,” and that 126 suspected militants had been killed.