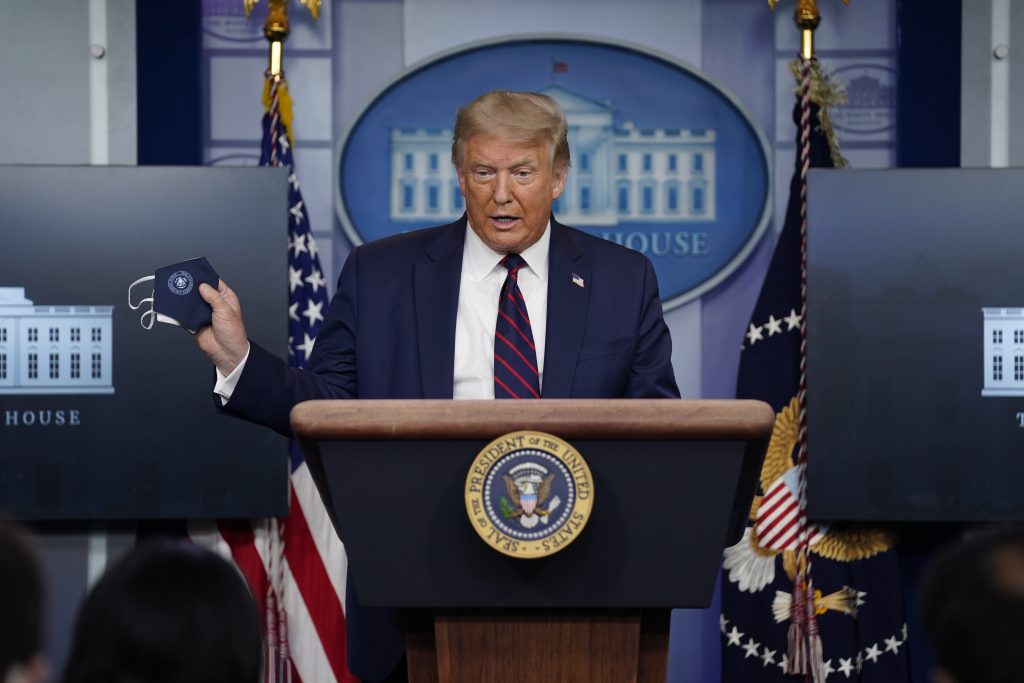 The White House is threatening to veto a massive defense policy bill over a provision that would rename military bases such as Fort Bragg that are named after Confederate officers.

The veto threat came hours before the House voted Tuesday on the $741 billion annual defense authorization, a sprawling, bipartisan bill that includes a 3% pay raise for U.S. troops.

The House approved the bill, 295-125, sending it to the Senate, where lawmakers are considering a similar measure.

The White House issued a 13-page statement expressing “serious concerns” about multiple provisions of the bill, including the renaming of some military institutions and limitations on the use of funds for Afghanistan that the White House said would constrain the president’s authority.

If the bill were presented to President Donald Trump in its current form, “his senior advisors would recommend that he veto it,” the White House said.

Trump threatened a veto earlier this month, tweeting that the measure would lead to the renaming “Fort Bragg, Fort Robert E. Lee, and many other Military Bases from which we won Two World Wars.”

Trump’s threat comes as he is increasingly appealing to his core supporters as his troubled reelection campaign has fallen behind former Vice President Joe Biden in opinion polls.

The statement released Tuesday describes the language in the bill as “part of a sustained effort to erase from the history of the Nation those who do not meet an ever-shifting standard of conduct,” pointing to ongoing efforts to rename or topple federal monuments and memorials.

“President Trump has been clear in his opposition to politically motivated attempts like this to rewrite history and to displace the enduring legacy of the American Revolution with a new left-wing cultural revolution,” the statement by the White House Office of Management and Budget reads.

The Senate’s top Democrat, Minority Leader Chuck Schumer, dared Trump to veto the defense bill over Confederate base naming. “It’s in the bill. It has bipartisan support. It will stay in the bill,” Schumer said earlier this month, referring to a Senate version that also includes the renaming provision.

Congress has approved the annual defense measure every year for almost six decades. It typically enjoys veto-proof support, though various controversies often mean that it does not pass until late in the year.

Rep. Adam Smith, D-Wash., chairman of the House Armed Services Committee, said the bill focuses on maintaining a strong defense as the nation grapples with a once-in-a-generation health crisis caused by the novel coronavirus and a reckoning over racism sparked by the police killing of George Floyd.

The bill creates a Pandemic Preparedness and Resilience National Security Fund, directing $1 billion to efforts to prepare for and respond to future pandemics. It also requires designation of an assistant secretary of defense for industrial base policy, charged with supervising Pentagon policies to develop and maintain the nation’s defense industrial base.

The bill also prevents the use of Pentagon funds to reduce U.S. forces stationed in Germany and elsewhere in Europe below levels present in June, unless the Defense secretary and Joint Chiefs of staff certify six months in advance that the reduction would not negatively affect U.S. and allied security.

The bill fully funds the European Deterrence Initiative and provides billions of dollars for submarine and anti-submarine warfare capabilities that enhance deterrence against Russia. It also provides $250 million to support Ukraine and extends a ban on funding for any activity that would recognize Russian sovereignty over Crimea.

The bill includes a host of non-defense items, including environmental measures pushed by Democrats in the West to protect the Grand Canyon and wilderness areas in three states.

The bill also provides up to $10,000 in debt relief to millions of private student loan borrowers, including thousands of service members and veterans. The amendment’s sponsor, Rep. Madeleine Dean, D-Pa., said the COVID-19 pandemic has exacerbated a student debt crisis that has left at least one in seven student loan borrowers more than 90 days delinquent in their payments.