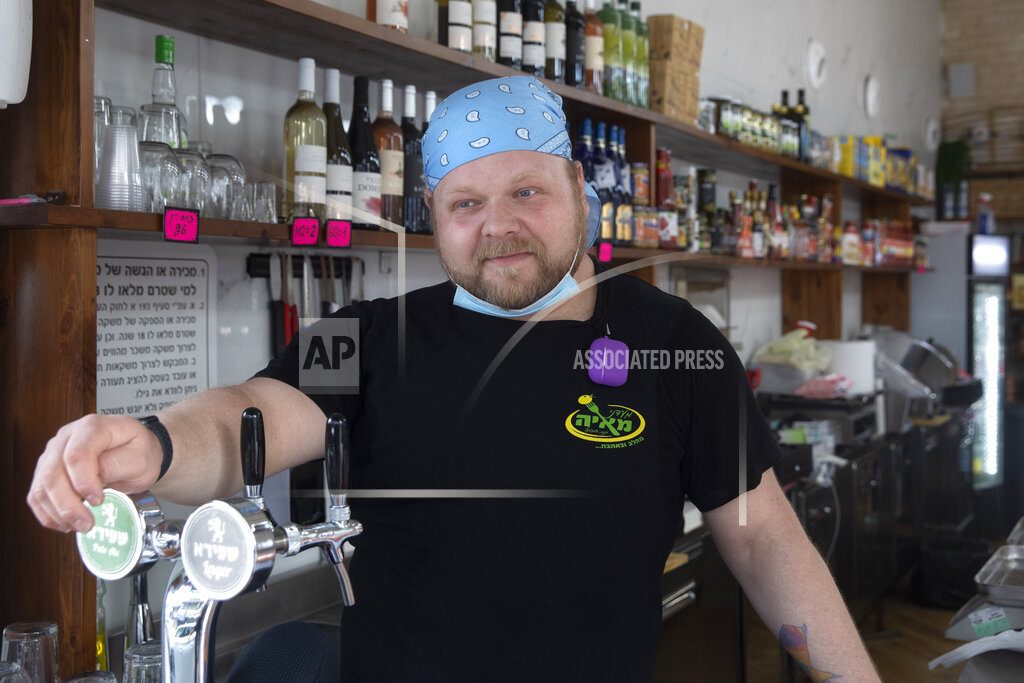 A year ago, Cijay Brightman was doing sound and lighting for a major music concert in Israel. Now, after the coronavirus wiped out live events, he’s making sandwiches and serving customers at a Tel Aviv deli.

Brightman spent the last 15 years perfecting his craft and doing what he loves as a stage technician. But in the wake of the pandemic, he has been forced to abandon his profession — like thousands of others in Israel — and find any job that will pay the bills.

“Sometimes, I’m losing it,” said Brightman, 36, making a sandwich for a customer at the deli. “You worked with the biggest star[s] in the world … and a day after you just realize that you are nothing.”

Underemployment is plaguing workers around the world. Although there are no global statistics yet, the phenomenon is expected to grow as the economic crisis around the world deepens, said economist Roger Gomis of the International Labor Organization.

In Israel, experts say anywhere from a few thousand to tens of thousands are newly underemployed, one of the many economic blows set in motion by the virus.

While the unemployment rate has dropped somewhat, it now stands at 21%, according to the Israeli Public Employment Service. That’s still far from the 3.9% rate before the pandemic. The country’s tourism, culture and aviation sectors have been hit particularly hard and it’s not clear how they will emerge after the pandemic.

Stories of those forced to cross over to new fields have become mainstays on newscasts. There is the stage actor who set up a delivery company named after Israel’s national theater and hired dozens of out of work thespians. Or the copywriter who was let go by an advertising company and started cleaning homes.

Many workers say they can’t rely on state aid. Some see no choice but to take other positions, which usually pay less and for which they are overqualified.

The situation is similar in other countries as the pandemic disrupts job markets. In Lima, Peru, Gianmarco Vargas was a clown before the virus struck. In a macabre shift, he is now building coffins for a company that is doing brisk business amid the rising deaths.

In Nairobi, Hillary Muthusi owned an events business. He now sells bananas and plantains out of his minivan.

“The most important thing is to come home with something,” he said.

Economists in Israel say there is fierce competition over menial jobs, making finding any employment even harder. And with smaller salaries, those workers are paying less in taxes and likely spending less money, which can further dent the economy.

Momi Dahan, a professor at the school of public policy and government at Hebrew University, said underemployment is fine for the short term.

But if the coronavirus restrictions last much longer, preventing the return to work of tens of thousands of people, their jobs may become obsolete, forcing them to abandon the years of experience and skills they racked up.

If that’s the case, experts say the government should make sure it invests in training so that these and other unemployed workers can find work in new fields and don’t get left behind in a changing economic landscape.

“Some people just won’t have a choice because they need to make a living. The safety net won’t be enough,” said Gal Zohar, head of research and policy at the Israeli Public Employment Service. “But all throughout, the person’s skills must be bolstered. Whoever doesn’t beef up his skills will also miss out.”