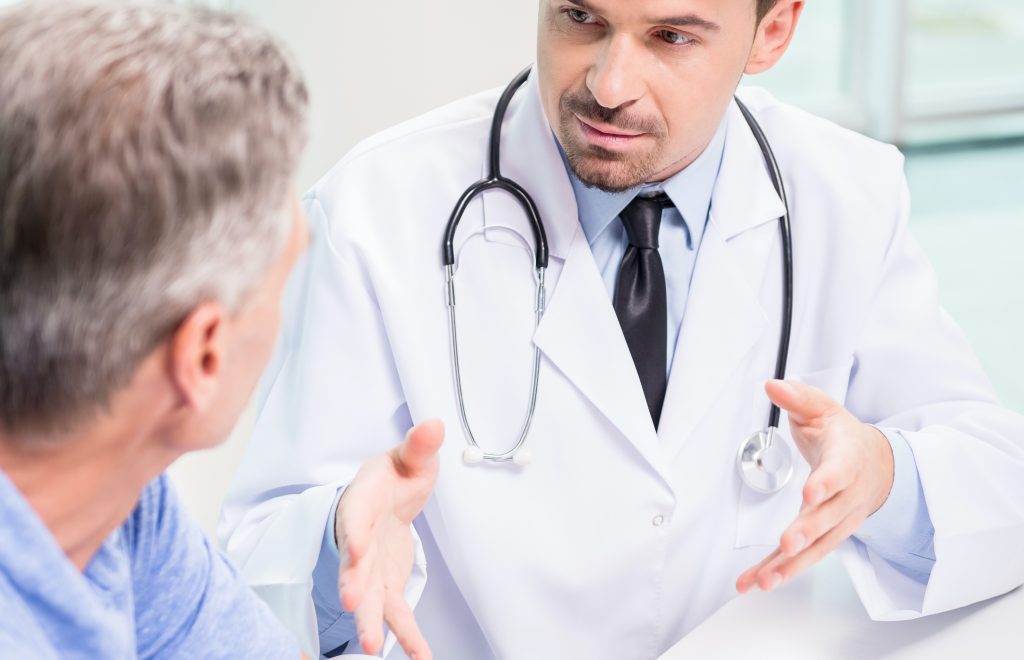 Millions of Americans who bought insurance to help them pay for nursing or home-health care are now facing a tough call: Leave benefits they’ve paid for over the years untouched, or face increased risk of contracting Covid-19.

Credit Suisse, in a note to clients in June, predicts more lapsed policies and fewer claims as a result of concerns that moving into a nursing home or bringing in an individual caregiver could increase policyholders’ potential virus exposure. It’s an even scarier choice as poor health or advanced age leave them especially susceptible.

George Carofino, 77, was diagnosed with stage IV lung cancer in December. He’d spent much of his life traveling the world providing free dental care to people in need, but was forced to retire after a car accident in Ecuador left him with a mild traumatic brain injury. To cope with the cancer treatment, he and his wife, Dianne, sought assistance in early March from their long-term care insurer, Manulife Financial Corp. subsidiary John Hancock, which they have paid for coverage since the late 1990s.

But by the time he was deemed eligible for home care, George’s physicians warned against it. Cancer treatment had compromised his immune system, meaning he requires “complete isolation except for his medical visits,” according to a doctor’s note provided to Bloomberg News.

“When this Covid virus started, they told me right way, you’re compromised,” George said. “If you get it, we’ll just dig the hole right away for you.”

Unable to accept the home care, the Carofinos asked John Hancock to waive George’s half of their $660 monthly premium since they would have taken the care were it not for the risks posed by the virus. They’ve reached an agreement, but it didn’t come easy.

It’s unclear how common the Carofinos’ situation is. Experts say many cancer patients face similar dilemmas around long-term care in the pandemic.

“They’re just tough decisions,” said William Cance, chief medical and scientific officer for the American Cancer Society. He doesn’t recommend against in-home care in all cases, particularly if foregoing it would put someone at risk of falling or other harm.

Help from relatives may allow some to avoid long-term care settings, said Marlee Kiel, an oncology social worker with the nonprofit CancerCare. But for those without family, she said, “unfortunately, there really isn’t much of an option, if they need that care to survive.”

Almost 7 million Americans were covered under long-term care policies at the end of 2018, according to the most recent data from the National Association of Insurance Commissioners. Genworth Financial Inc. is the biggest issuer of individual policies; John Hancock is second with about 13% of the individual market.

The rising cost of care and years of low interest rates made the policies a money-loser long before Covid-19 struck. The number of insurers that offer them shrank to about a dozen in 2018 from over 100 in 2004, according to NAIC. Many are pushing for rate hikes, though Moody’s Investors Service warned in April that authorities are likely to be reluctant to allow that.

John Hancock collected about $2.2 billion worth of premiums for long-term care policies in 2018. It took steep losses on individual policies, according to NAIC data, but its group insurance was more profitable.

Manulife said on an earnings call in May that it saw “early indications” that new claims were slowing, but it was too soon to gauge what would happen over the longer term.

Since the virus arrived in the U.S., the Carofinos have lived in a tighter bubble than most. George leaves home only for medical appointments and said the side effects of his cancer treatment are dreadful. The exhaustion is so extreme that Dianne hesitates to leave him alone.

They’re better equipped to handle the situation than some families. Dianne, a former nurse, can assist George with daily needs, and their daughter lives with them and does the grocery shopping. They followed the advice of George’s doctor and declined home care, and let go of a cleaner they hired privately to assist with housework.

Their request to waive the premiums because of the Covid-19 risk was refused by John Hancock for weeks, with the company saying it would only do it if they accepted a home-care aide.

George filed a complaint with the Connecticut Insurance Department, and hired a patient advocate to help with an appeal. But after Bloomberg News inquired about their situation, John Hancock agreed to review their request.

John Hancock is working with the Carofinos, according to an email from company spokeswoman Ana Senior. Dianne said the resolution is satisfactory, though she wouldn’t share details on the terms.

“We understand and appreciate the difficulties our customers are facing as a result of the Covid-19 pandemic,” Senior wrote. “We are always working to find ways to make our customers’ decisions easier and lives better, especially during this time, and have extended grace periods for LTC premium payments in all states.”