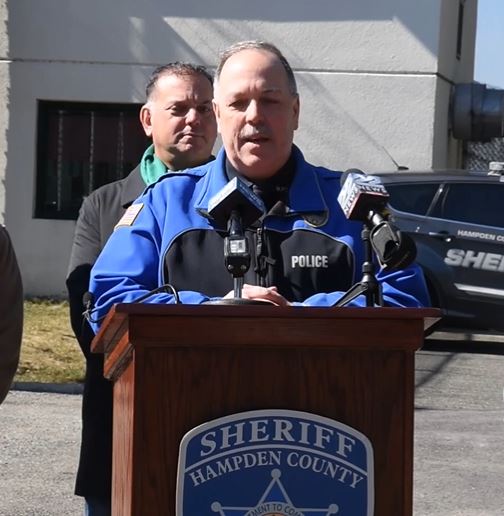 Police chiefs from across Massachusetts gathered Tuesday to condemn what they called a rushed legislative effort to force through police reform bills they say are a knee-jerk response to faraway events.

A police accountability bill passed by the state Senate last week, and a House bill scheduled for debate this week, won’t make the state safer, and were crafted without input from police, the chiefs said during a gathering in Framingham.

The bills were introduced in response to nationwide demonstrations calling for racial justice and police reform following the May 25 killing of George Floyd at the hands of Minneapolis police.

“The legislation in the House and the Senate are nothing more than a knee-jerk reaction to the events happening hundreds of miles away from here,” said Hampden police Chief Jeff Farnsworth, president of the Massachusetts Chiefs of Police Association.

Both bills require law enforcement officials to intervene and report instances when other officers use excessive force, and both bar police from using crowd-control measures like tear gas, rubber pellets and dogs except under certain life-threatening situations.

The Senate version severely limits qualified immunity for police and other public employees.

“The legislation at a minimum will diminish the pool of candidates who wish to become police officers,” he said. “It will also cause our current officers to hesitate at times that are most critical for them not to, jeopardizing their own safety and the safety of our residents,” he said.

He also expressed concern about the House rushing through the bill before the end of the legislative session on July 31.

The cornerstone of both bills is the establishment of a commission that would set certification standards for police, and the chiefs support better training for officers and a system to certify and decertify officers, Farnsworth said.

Massachusetts is one of only a few states without a statewide law enforcement certification program.