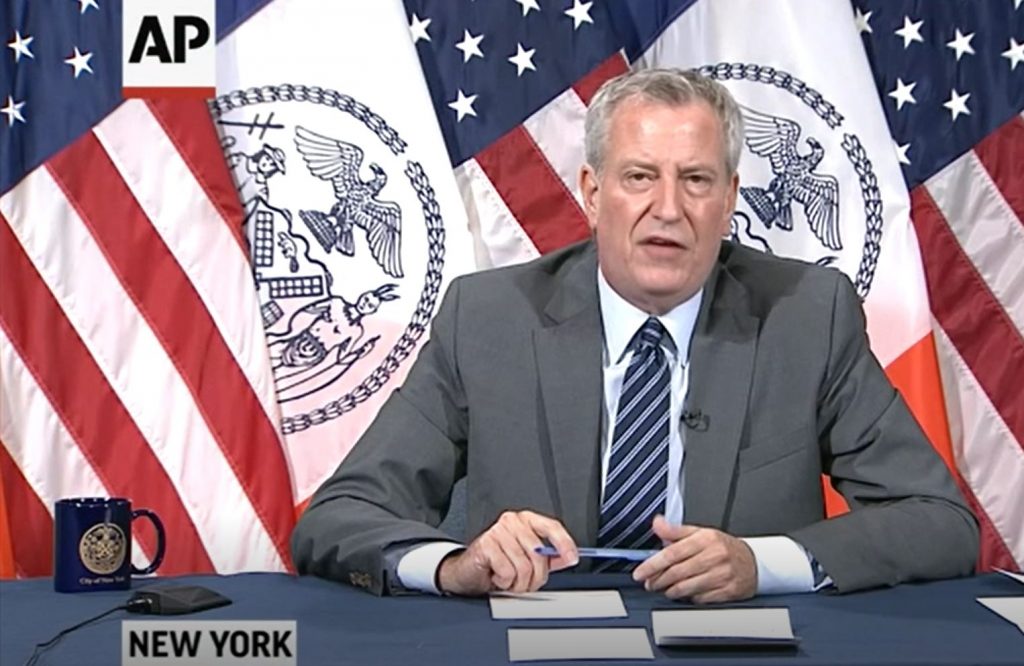 President Donald Trump’s threat to send federal law enforcers to patrol the city is likely not serious, but if he did follow through, New York City would take legal action, Mayor Bill de Blasio said Tuesday.

“I have to start by saying this president blusters and bluffs and says he’s going to do things and they never materialize on a regular basis,” Mayor de Blasio said.

State and local authorities in Oregon have charged in a lawsuit that masked federal officers have arrested people in Portland with no probable cause and whisked them away in unmarked cars. President Trump defended the actions of the federal officers in Portland on Monday and said he would send officers to other cities including New York as well.

De Blasio said that if Trump did send federal officers to New York City, “it would only create more problems. It would backfire, it wouldn’t make us safer, and we would immediately take action in court to stop it.”

The Democratic mayor added, “From my point of view, this would be yet another example of illegal and unconstitutional actions by the president. And we have often had to confront him in court and we usually win. “