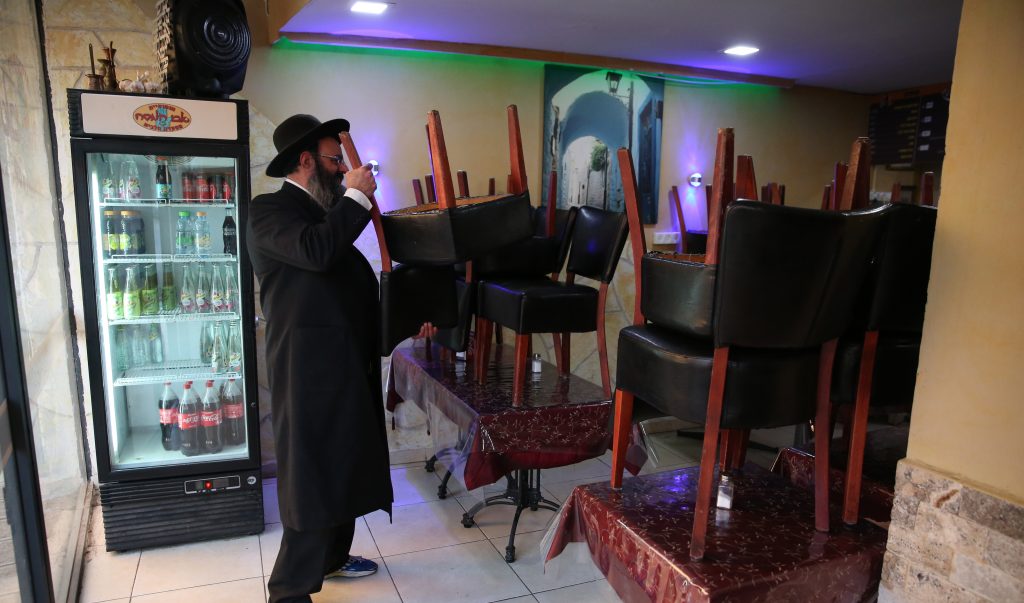 The Knesset’s Coronavirus Committee voted Tuesday morning to reject new government rules banning indoor seating at restaurants and to allow restaurants to reopen and serve up to 20 people indoors and additional 30 outdoors at a time.

The committee’s decision came shortly after the ban on dining at restaurants went into effect at 5:00 a.m. Takeout orders and delivery were not included in the ban. A group of restaurateurs are planning to attend a demonstration outside the prime minister’s residence on Balfour Street in Yerushalayim later Tuesday to protest the chaos.

Until the matter can be further discussed by the committee, hotels will no longer be able to serve people indoors up to 35% capacity but will instead be held to the same standards as restaurants.

Coalition chairman MK Miki Zohar (Likud) had scathing words for the Knesset Coronavirus Committee’s decision: “You’re leading this country to a lockdown in a month…. The government had brought an excellent compromise to the restaurateurs, we were working to help them work according to the circumstances. Unfortunately, the committee chairwoman [Yifat Shasha-Biton] fell into the trap set by the opposition.”

Shasha-Biton responded, saying that “the committee cannot vote on anything that we cannot explain publicly.”

Shasha-Biton also called on restaurant owners to maintain the safety and health of diners and said she had tried to work with the government to find a compromise. “It’s not just health, there are other issues here. Even yesterday, I tried to reach a compromise until the early hours of the morning. They arbitrarily set a limit of people. With great pain, I’m going to reject the order,” she said.

Health Minister Yuli Edelstein criticized the decision, saying infection rates were high and the move could lead to more extreme measures. “I do not know what is causing people to be optimistic when the numbers are still high and alarming. The discussions in the Coronavirus Committee will lead us to a full lockdown,” he told Army Radio.