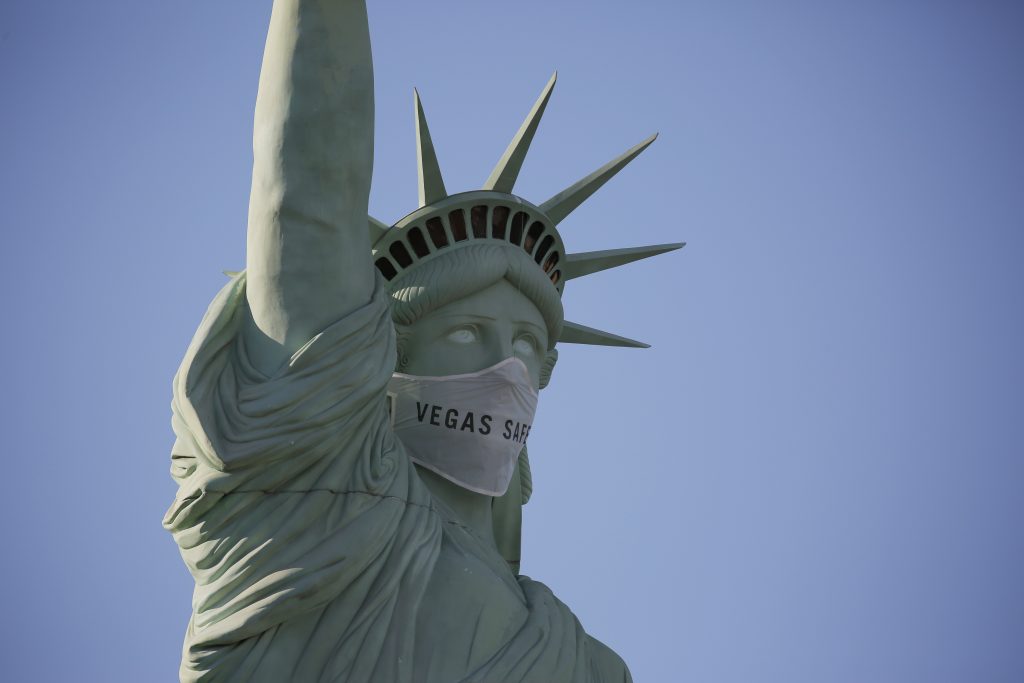 Six months after the first coronavirus case appeared in the United States, most states are failing to report critical information needed to track and control the resurgence of covid-19, the disease caused by the virus, according to an analysis released Tuesday by a former top Obama administration health official.

The analysis is the first comprehensive review of covid-19 data that all 50 states and Washington D.C. are using to make decisions about policies on mask-wearing and opening schools and businesses. In the absence of a national strategy to fight the pandemic, states have had to develop their own metrics for tracking and controlling covid-19. But with few common standards, the data are inconsistent and incomplete, according to the report released by Resolve to Save Lives, a New York nonprofit led by former Centers for Disease Control and Prevention director Tom Frieden.

Some essential information that would show response effectiveness is not being reported at all. Only two states report data on how quickly contact tracers were able to interview people who test positive to learn about their potential contacts. Not a single state reports on the turnaround time of diagnostic tests, the analysis found. Week-long waits for results hobble efforts to track real-time virus spread and make contact tracing almost irrelevant.

“Despite good work done in many states on the challenging task of collecting, analyzing, and presenting crucial information, because of the failure of national leadership, the United States is flying blind in our effort to curb the spread of COVID-19,” Frieden said in a statement. “If we don’t get the virus under control now, it will get much, much worse in the coming months.”

Publicly available, standard dashboards with information on life-or-death metrics can make more of a difference than anything else U.S. officials can do in the weeks and months ahead, he said. Of the hundreds of projects the team has done since January, Frieden said Tuesday’s report was the most important.

His team and other public health leaders are recommending that states and counties report 15 indicators they say are essential for an effective response. The metrics were drafted with input from states and public health organizations and modeled after practices from around the world, Frieden said. States should be able to report on nine of the metrics now and the other six within several weeks.

The nine include information about confirmed and probable cases, rates of hospitalization per capita, and emergency department trends showing people who have symptoms of influenza-like illness and covid-19-like illness.

While almost all states report cases, 20% of state dashboards did not report same-day data by 5 p.m. local time. Kansas updates data only three times a week.

The CDC, in a statement, said it has been working since the beginning of the outbreak with states and other partners “to collect, analyze and report out data critical to formulate the nation’s response to this unprecedented public health crisis.”

The CDC is already tracking, or has plans with the states to track, 14 of the 15 indicators, the agency statement said. The CDC said the data is posted on its website and many states are also tracking some indicators on their state websites. The statement added: “CDC is always looking at best practices for ways to enhance, consolidate and report data, to make it easier for states and the public to access.”

CDC said it has no plan to calculate data on the percentage of people wearing masks correctly in public, one of the metrics included in the report.

Without a national coordinated strategy, public health experts say consensus from governors will be vital to suppress and eventually recover from covid-19. That includes agreement on common metrics, a regular system for reporting data, and triggers for implementing social distancing policies and stay-at-home orders.

“This report rightly reinforces the need for standard indicators, transparently reported across all states, and lays additional groundwork for a national consensus on unified measures to control spread,” said Beth Cameron, vice president for global biological policy and programs at the Nuclear Threat Initiative. She was the senior director for global health security and biodefense on the White House National Security Council.

The Washington D.C. health department published that key metric for the first time Monday. It said the percentage of new coronavirus cases linked to already known cases is just 2.8% – meaning most people contracting the virus aren’t aware of who might have exposed them. The city’s goal is 60%.

While they praise the effort, public health experts are also concerned that overwhelmed state and local health departments don’t have the resources to report some of these measures at a time when the pandemic is surging and states are experiencing record numbers of infections and hospitalizations.

“Some of these data are going to be very very hard to get without a workforce dedicated to just charting these metrics week by week,” said Jeanne Marrazzo, director of the Division of Infectious Diseases at the University of Alabama at Birmingham School of Medicine.

“If we had this as a road map at the start in confronting the pandemic, that would have been the bomb,” she said.