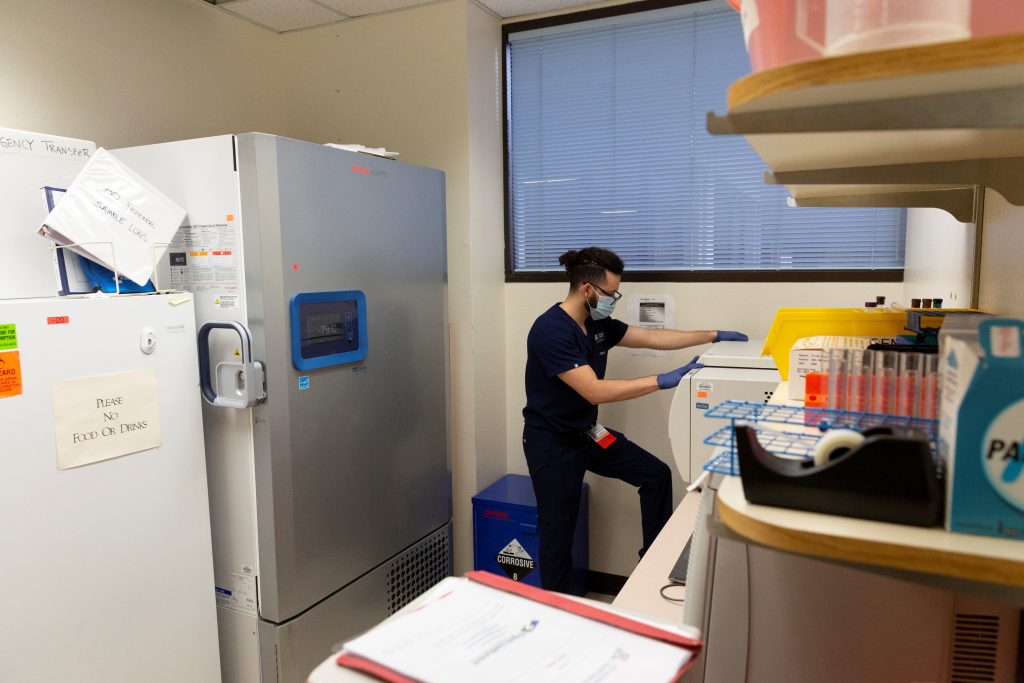 Only a tiny fraction of the population in many parts of the United States had antibodies to the novel coronavirus as of mid-May, indicating most people remain highly susceptible to the pathogen, according to new data from the Centers for Disease Control and Prevention.

The agency also said the number of actual coronavirus infections is probably 10 times higher than reported cases, confirming its previous estimate of a vast undercount. There are about 3.8 million reported cases; the CDC data suggests the actual number of infections could be 38 million.

The data appeared Tuesday in JAMA Internal Medicine as the nation struggles with a wily pathogen that can produce no symptoms at all, or sicken and kill — 138,000 Americans have died of the coronavirus to date. Large swaths of the nation are in turmoil as many communities debate how to reopen schools this fall, wrestle with rising virus-related hospitalizations and, in some cases, roll back restrictions to restart a flailing economy.

The new CDC information was derived from blood samples drawn from more than 16,000 people in 10 geographic regions, from New York to Washington state and Utah to Minnesota. The samples, collected in discrete periods from late March to mid-May during routine screenings such as cholesterol tests, were scrutinized for antibodies, which indicate whether the immune system has mounted a response to the virus. Such serological surveys are being conducted throughout the country as public health experts, government officials and academics try to determine the virus’s course and how many people have been infected.

The latest results showed that low proportions of people have antibodies to the virus even in hard-hit areas. The percentage ranged from 1% in the San Francisco Bay area in late April to 6.9% in New York in late March. The proportions may be higher now in some areas because of the recent surge in infections.

“Most of us are likely still very vulnerable to this virus and we have a long way to go to control it,” said Jennifer Nuzzo, an epidemiologist at the John Hopkins Center for Health Security. “This study should put to bed any further argument that we should allow this virus to rip through our communities in order to achieve herd immunity.”

Herd immunity refers to the point at which enough people are immune to the virus – either through exposure or because they have been vaccinated – that it is far less likely to be transmitted from person to person. With vaccines still months or years off, some people have suggested allowing large numbers of people to become infected to speed the process of herd immunity.

But others call that idea dangerous. The threshold for herd immunity to the virus is estimated at 60 to 70% of the population, and scientists are still struggling to understand exactly how immunity is conferred and sustained.

“The study rebukes the idea that current population-wide levels of acquired immunity (so-called herd immunity) will pose any substantial impediment to the continued propagation” of the virus, at least for now, wrote Tyler S. Brown and Rochelle Walensky, infectious-disease specialists at Massachusetts General Hospital, in an accompanying editorial. “These data should also quickly dispel myths that dangerous practices like ‘COVID parties’ are either a sound or safe way to promote herd immunity.”

So-called “covid parties” refer to events where people get together in an attempt to infect themselves and develop immunity to the virus. A 30-year-old man who believed the coronavirus was a hoax and attended a “Covid party” died after being infected with the virus, according to the chief medical officer at a Texas hospital, the New York Times reported. But the account, it said, has not been independently corroborated.

The undercount of infections was discussed late last month by CDC Director Robert Redfield, and confirmed in an earlier CDC paper that examined blood samples from six sites.

The new study, which added four additional sites, showed a broad range in the extent of undercounting. In Connecticut, for example, the number of real infections was about 176,000, or six times the reported cases of almost 30,000 as of early May, the CDC found. In Missouri, the estimated number of actual infections was 162,000, about 24 times the reported number of 6,800 cases in late April.

“The findings may reflect the number of people who had mild or no illness, or who did not seek medical care or undergo testing, but who still may have contributed to ongoing virus transmission in the population,” the study’s authors said.

Because people often don’t know they are infected, the public should continue to take steps to reduce the risk of transmitting the virus, including wearing face coverings outside the home, remaining six feet from other people, washing hands frequently, and staying home when sick. Scientists estimate more than 44% of people who are infected have no symptoms.

The study is an update of an earlier CDC study that included data from New York City, South Florida, Utah, Missouri, Connecticut and the Puget Sound area of Washington. The new version adds Philadelphia, Louisiana, San Francisco and the Minneapolis-St. Paul area.

Andrew Noymer, an epidemiologist at the University of California at Irvine, said epidemiologists have believed for some time that there are about 10 times more total infections than confirmed cases. That assumption, he said is “baked into the cake of current policies.” Nonetheless, he said, “it is always important to back up our working assumptions with actual studies.”