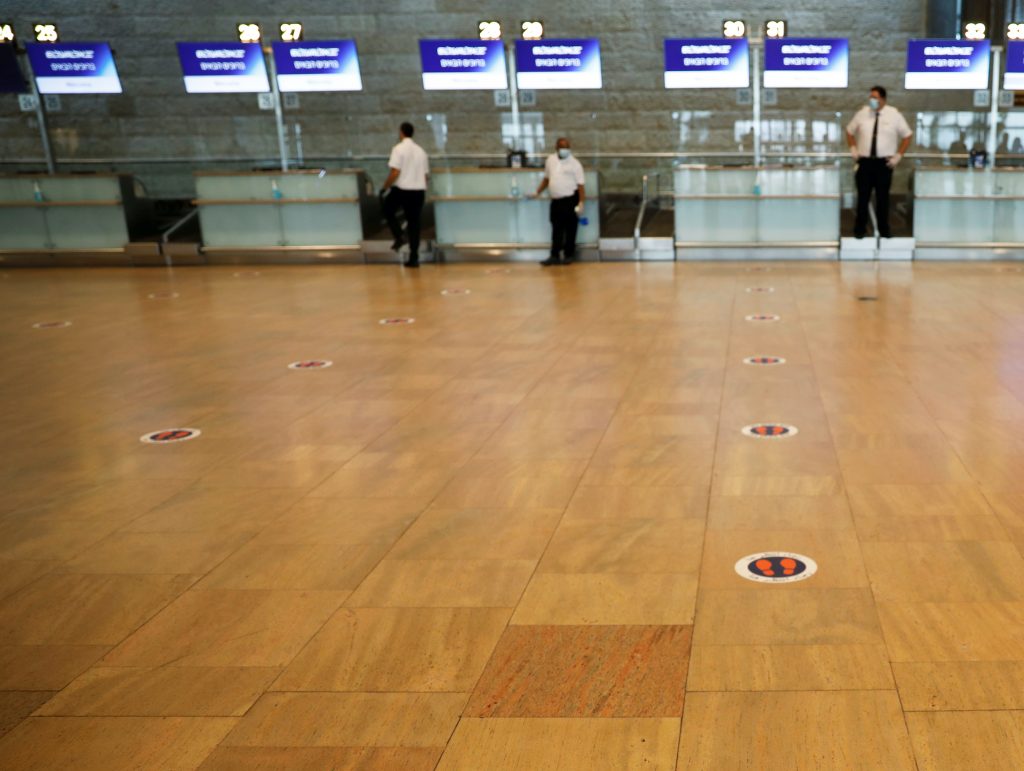 The Israel Airport Authorities announced on Monday that the date for a re-launch of air travel has been postponed once again. Current restrictions will remain in place until Sept. 1. Meaning, foreign citizens will be denied entry to Israel until that date, and Israelis returning from abroad will require quarantine for two weeks. The Health Ministry has refused to set up corona testing stations at Ben Gurion airport to process Israelis or tourists arriving in Israel.

As a result, Israel’s aviation and tourism industries will have to write off most of the current year, with record losses that include the peak periods of Pesach and the summer.

Considering that in May, Managing Director of Ben Gurion International Airport Shmuel Zakai announced that air travel to and from Israel would resume on July 1, and meanwhile, Israel’s coronavirus epidemic has only worsened, many assume that yet another delay will render the reopening date of Sept. 1 irrelevant, with air travel not resuming until after the chagim at the end of September.