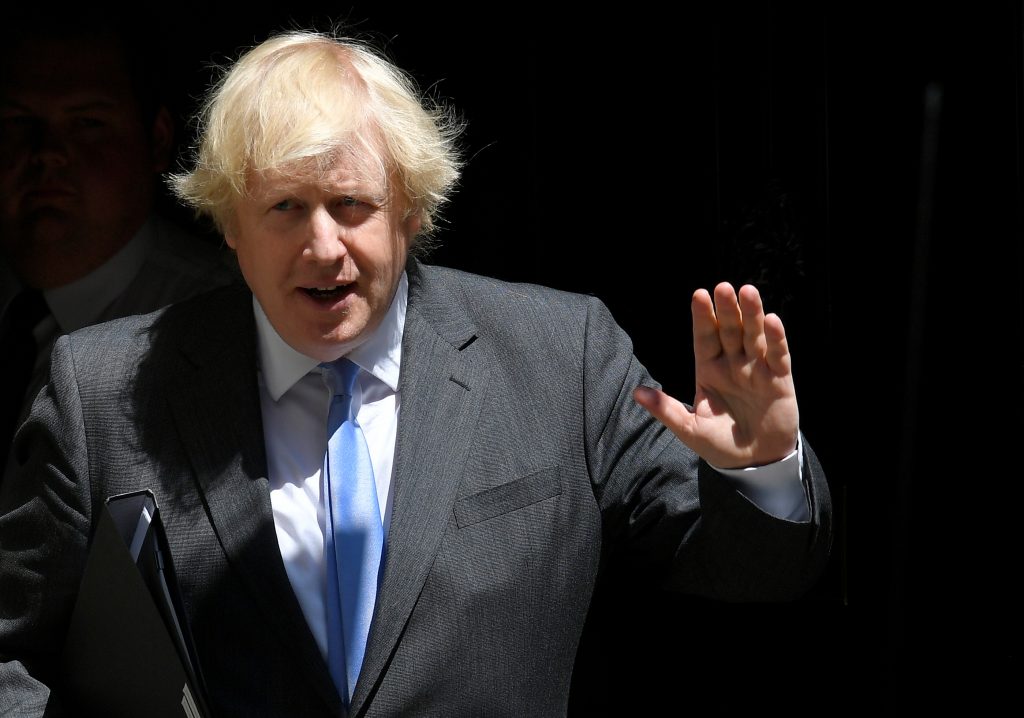 Britain’s government will be making changes in its extradition arrangements with Hong Kong on Monday, after China imposed a tough new national security law.

As tensions grow with Beijing, Prime Minister Boris Johnson said he had concerns about the new law and about alleged human rights abuses in China, particularly in regard to the treatment of the Uighur minority. He promised to be “tough” but to not completely abandon a policy of engagement with China.

“There is a balance here,” Johnson said during a visit to a school. “I’m not going to be pushed into a position of becoming a knee-jerk Sinophobe on every issue, somebody who is automatically anti-China.”

Johnson said he would leave it to Foreign Secretary Dominic Raab to outline the extradition changes in a statement to the House of Commons later Monday.

Raab said Sunday it can no longer be “business as usual.’’ He is reportedly planning to follow the example of the United States, Australia and Canada on Monday by suspending extradition arrangements with the territory.

The review of the extradition measures comes only days after Britain backtracked on plans to give Chinese telecommunications company Huawei a role in the U.K.’s new high-speed mobile phone network amid security concerns fueled by rising tensions between Beijing and Western powers.

Johnson’s government has already criticized China’s decision to impose a sweeping new national security law on Hong Kong. The U.K. has accused the Beijing government of a serious breach of the Sino-British Joint Declaration under which the U.K. returned control of Hong Kong to China in 1997, and announced it would open a special route to citizenship for up to 3 million eligible residents of the community.

Beijing has objected to the move. China’s ambassador to Britain, Liu Xiaoming, recently described the offer as “gross interference” in Chinese affairs.

Liu told the BBC’s Andrew Marr on Sunday that Britain was “dancing to the tune” of the U.S. and rejected the allegations of human rights abuses against the mainly Muslim Uighur people.

He accused Western countries of trying to foment trouble with China.