National Thousands of U.S. Workers Walk Out in ‘Strike for Black Lives’
National 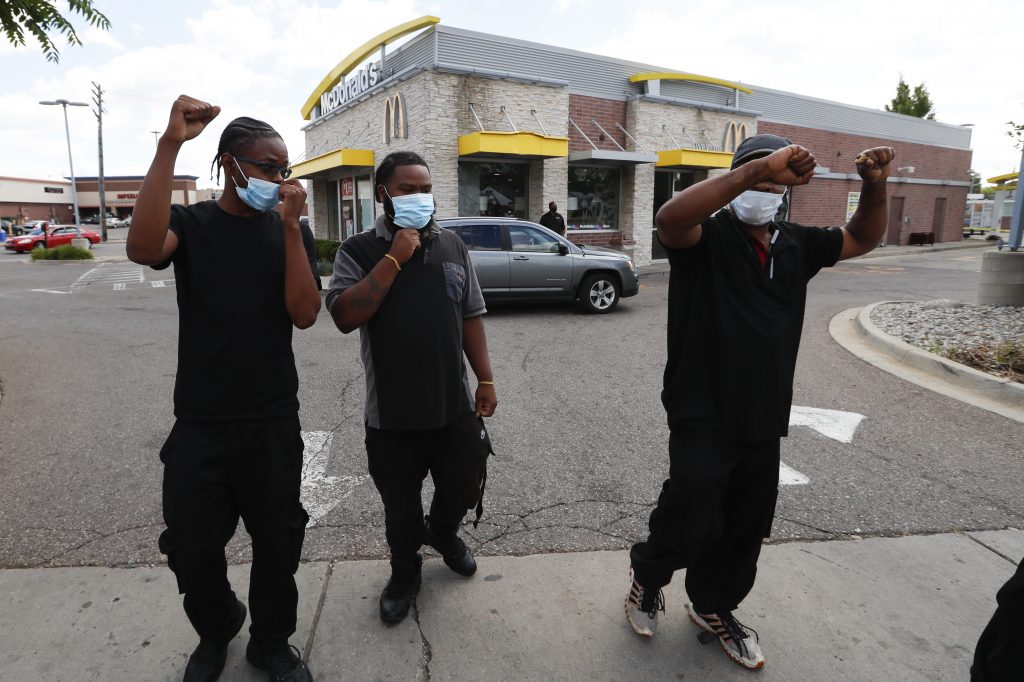 Tens of thousands of workers nationwide walked off the job Monday in solidarity with the Black Lives Matter movement, hoping to draw closer scrutiny to the income inequality and systemic racism that organizers say have become more entrenched during the pandemic.

The “Strike for Black Lives,” as leaders have dubbed the campaign in more than two dozen cities, includes workers from a broad range of industries. Members of the Service Employees International Union, International Brotherhood of Teamsters, American Federation of Teachers and dozens of other labor and political groups are taking part.

The campaign is pressing for “an unequivocal declaration that Black Lives Matter” from business and political leaders and urging government officials to “reimagine our economy and democracy” with civil rights in mind. Organizers also are calling on businesses to “dismantle racism, white supremacy, and economic exploitation” and ensure access to union organizing, according to a list of demands posted on the strike’s website.

In Washington, strikers gathered on Capitol Hill in support of the Health and Economic Recovery Omnibus Emergency Solutions Act, or Heroes Act, as talks intensify over a fourth coronavirus relief package. Senate Minority Leader Chuck Schumer (D-N.Y.) joined demonstrators in New York outside Trump Tower. Health workers at a nursing home outside of Los Angeles planned walkouts during multiple shifts, while other workers prepared a car caravan down President Barack Obama Boulevard, a major thoroughfare on the city’s west side.

People unable to leave their jobs were encouraged by organizers break away for 8 minutes and 46 seconds – the amount of time a Minneapolis police officer knelt on the neck of George Floyd, whose death sparked a wave of protests and national reckoning on racial justice.

Protesters in some cities called out their employers’ treatment of hourly workers, many of whom are black. McDonald’s employees outside St. Louis marched for higher wages and workers in Detroit called for more workplace protections against the coronavirus, according to SIEU.

McDonald’s in a statement said it had enhanced more than 50 restaurant processes and distributed more than 100 million face masks to improve worker safety. The fast-food chain also said many of its franchisees awarded raises and bonuses to workers.

“McDonald’s unequivocally supports the need for racial equality and social justice and stands with black communities across the globe where we are proud to offer employment opportunities and learn from our team members to make the McDonald’s system stronger,” the company said. “We believe black lives matter, and it is our responsibility to continue to listen and learn and push for a more equitable and inclusive society.”

“What we’d like them to understand is if they’re going to go out and advertise that they believe black lives matter, take the steps you need to take to protect the lives of your black employees,” said Randall La Plante, a member of the executive board of the Communications Workers of America Local 3806. “This is a company that has all the resources in the world to slow the spread of the pandemic and they are failing.”

Representatives from AT&T did not respond to a request for comment.

Some companies encouraged employees to join demonstrations. Airbnb said in a statement that it shared with employees, suggestions on how to join the Strike for Black Lives movement, and authorized workers to take paid time off to join protests.

In New York, Antoine Andrews, a UPS driver in Long Island City and member of Teamsters Local 804, helped lead more than 100 employees in a demonstration in front of their workplace early Monday morning. Andrews and co-workers did not strike but wanted to express solidarity with the Black Lives Matter movement and send a message to their employer to take issues of inequality seriously.

Andrews, who has worked for UPS for 23 years, invoked the legacy of late Rep. John Lewis (D-Ga.), the civil rights leader who marched at Selma, Ala., and spoke at the famous 1963 March on Washington for Jobs and Freedom, in his remarks to co-workers.

“I left them with the question: What do you choose to do? Do you choose to stand or sit? Do you choose to be silent and complicit, or do you speak out and demand to be heard? Let people know where you stand against systemic racism. We have to do this not just for ourselves, but for our children and for children unborn. This is our fight for them.”