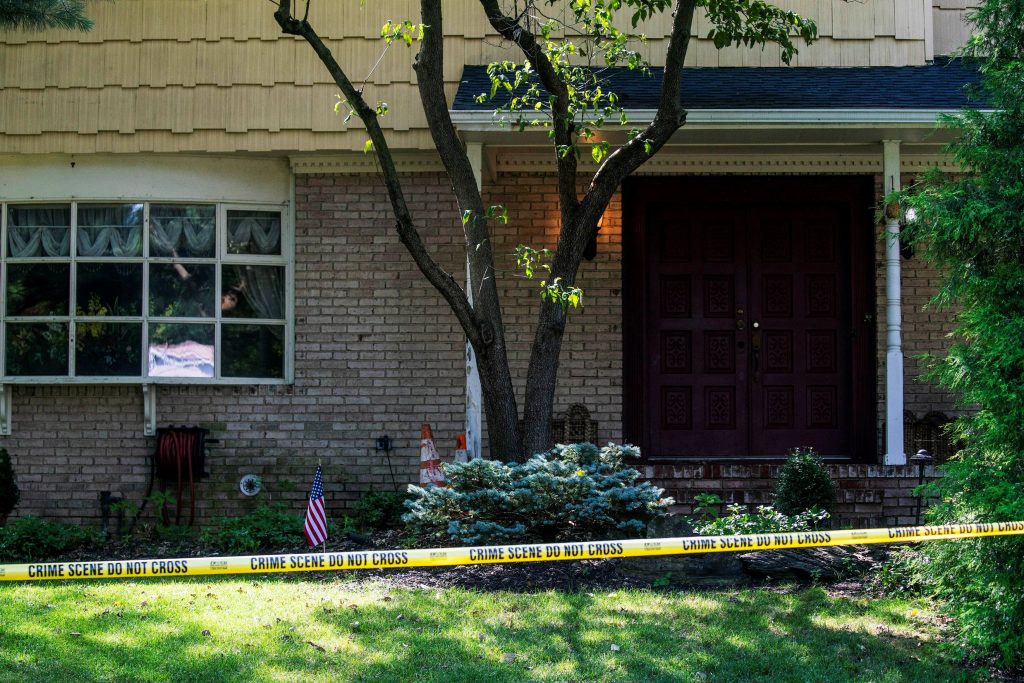 A gunman posing as a delivery person shot and killed the 20-year-old son of a federal judge and wounded her husband at their New Jersey home before fleeing, according to judiciary officials.

Salas was in the basement at the time and wasn’t injured, according to a judiciary official who wasn’t authorized to comment and spoke anonymously to the AP.

The perpetrator, believed to be a lone gunman posing as a FedEx delivery person, was not in custody, the official said. The U.S. Marshals and the FBI said in a series of tweets that they are looking for one suspect in the shootings.

Daniel Anderl, who was named to the Dean’s List this spring at The Catholic University of America in Washington, D.C., was the judge’s only child, the official said. He was shot once in the chest with a semi-automatic weapon as he answered the door, while his father, just behind him, was struck several times, the official said.

“I was shocked last night to hear news of Daniel Anderl’s tragic death Sunday evening in New Jersey. Daniel was a rising junior, enrolled for classes beginning in the next few weeks,” university President John Garvey wrote on Twitter. “He turned 20 last week.”

The gunman fled the scene in a car, the official said.

Salas, seated in Newark, was nominated by President Barack Obama and confirmed in 2011. Prior to that, she served as a U.S. Magistrate Judge in New Jersey, after working as an assistant public defender for several years.

Asked if officials thought the shooting was linked to the judge’s work or the current climate of political unrest, Wolfson said, “We really have no idea.”

Salas was presiding over an ongoing lawsuit brought by Deutsche Bank investors who claim the company made false and misleading statements about its anti-money laundering policies and failed to monitor “high-risk” customers.

Her highest-profile case in recent years was the financial fraud case involving a celebrity couple whom Salas sentenced to prison for crimes including bankruptcy fraud and tax evasion. Salas staggered their sentences so that one of them could be available to take care of their four children.

In 2017, she barred federal prosecutors from seeking the death penalty against an alleged gang leader charged in several Newark slayings, ruling the man’s intellectual disability made him ineligible for capital punishment. Salas later sentenced the man to 45 years in prison.

Democratic New Jersey Sen. Bob Menendez, who backed Salas’s nomination to the federal bench, said in a statement Sunday night, “My prayers are with Judge Salas and her family, and that those responsible for this horrendous act are swiftly apprehended and brought to justice.”

In an emailed statement, Democratic New Jersey Gov. Phil Murphy called the shooting “a senseless act” and said “this tragedy is our latest reminder that gun violence remains a crisis in our country and that our work to make every community safer isn’t done.”