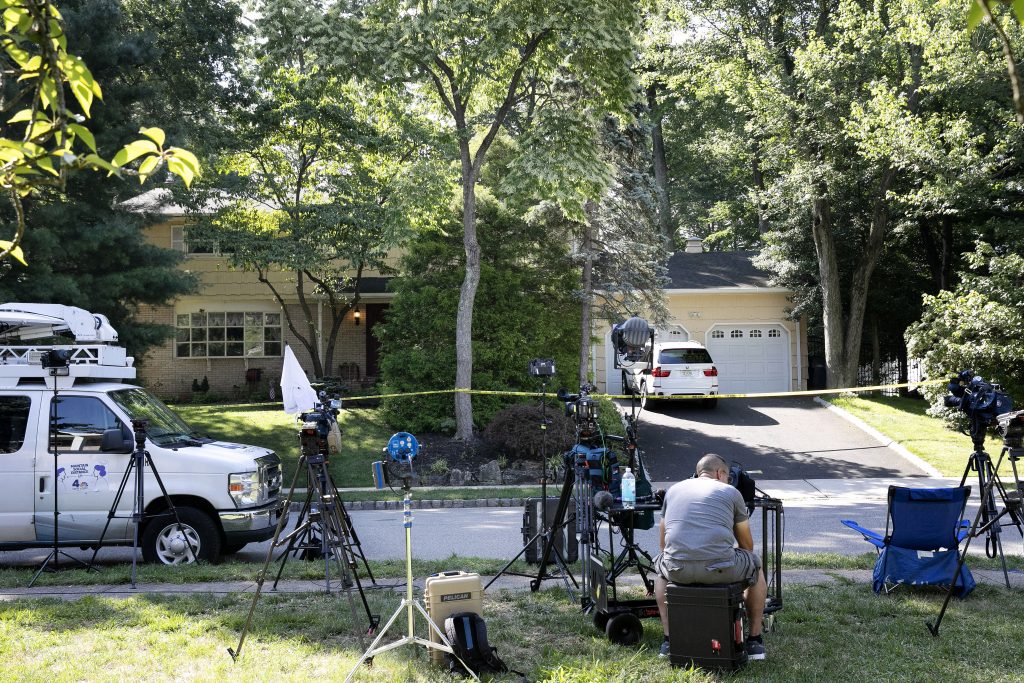 Investigators are examining a possible connection between the shooting of the father and husband of a federal judge in New Jersey, and the body of a man found dead Monday from an apparently self-inflicted gunshot wound in Sullivan County, New York, a law enforcement official said.

On Sunday evening, a gunman posing as a FedEx delivery person at the North Brunswick, New Jersey home of U.S. District Judge Esther Salas, shot and killed Salas’ 20-year-old son Daniel Anderl and wounded her husband, defense attorney Mark Anderl, before fleeing. Salas was in the basement at the time and wasn’t injured.

The man found dead Monday in Sullivan County is an attorney from New York City and is being investigated in connection with the shooting, the law-enforcement official and a judiciary official told The Associated Press. The man had appeared before the judge in the past, the officials said.

Salas’ son, Daniel Anderl, was set to be heading back shortly to The Catholic University of America in Washington, D.C., where he was named to the Dean’s List this spring.

Salas, born in California to a Cuban immigrant mother and Mexican father, spent most of her childhood in Union City, New Jersey. After helping her family escape a devastating house fire, she acted as her mother’s translator and advocate, foreshadowing her career in law as she argued her family’s case to welfare officials, according to a 2018 magazine profile.

In the profile, Salas spoke of her son possibly following his parents into the legal profession.

“He’s been arguing with us since he could talk — practicing his advocacy skills,” Salas told New Jersey Monthly. “I don’t want to dissuade him, but I was pulling for a doctor.”

Attorney General William Barr said in a statement Monday that the FBI and the U.S. Marshals will continue investigating the shooting, adding: “This kind of lawless, evil action carried out against a member of the federal judiciary will not be tolerated.”