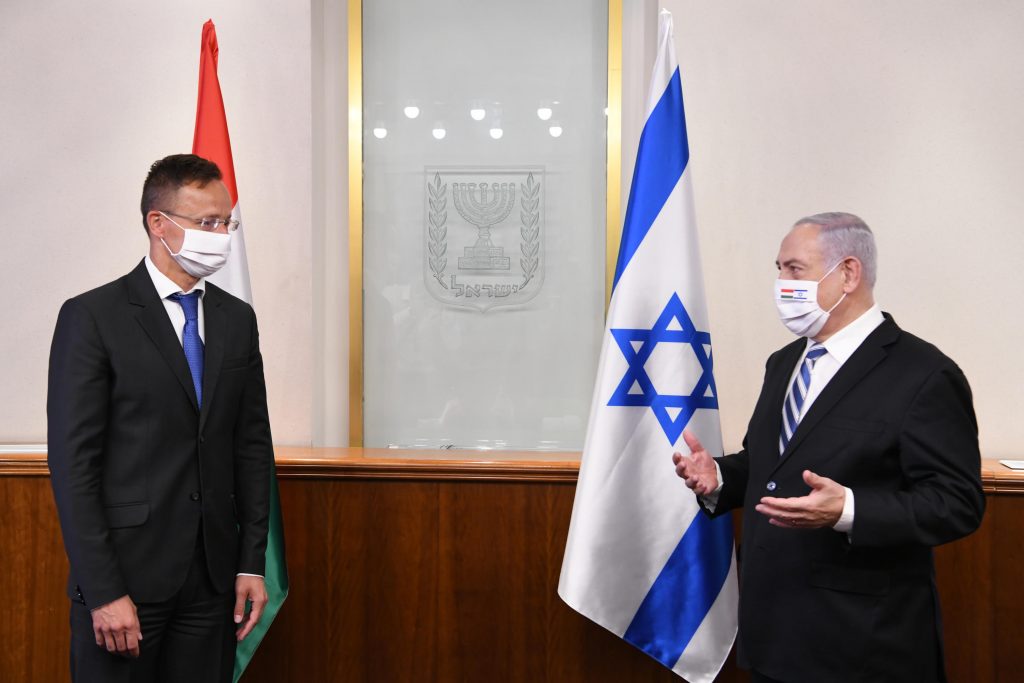 Prime Minister Binyamin Netanyahu received the Hungarian Foreign Minister Peter Szijjarto on Monday, and expressed his appreciation for Hungary’s steadfast stand alongside Israel in international forums and in the E.U.

The Prime Minister expressed the hope that relations between Budapest and Yerushalayim would strengthen further in the coming years, according to a statement from Netanyahu’s office.

“Hungary understands Israel’s positions and that there are currently significant regional opportunities, most notably President Trump’s Peace Initiative. It is an important milestone for the region, and it represents a significant opportunity,” says Ashkenazi at a press conference with Péter Szijjártó.

Hungary is one of the few European countries which has not opposed Israeli plans for annexation in Yehuda and Shomron.