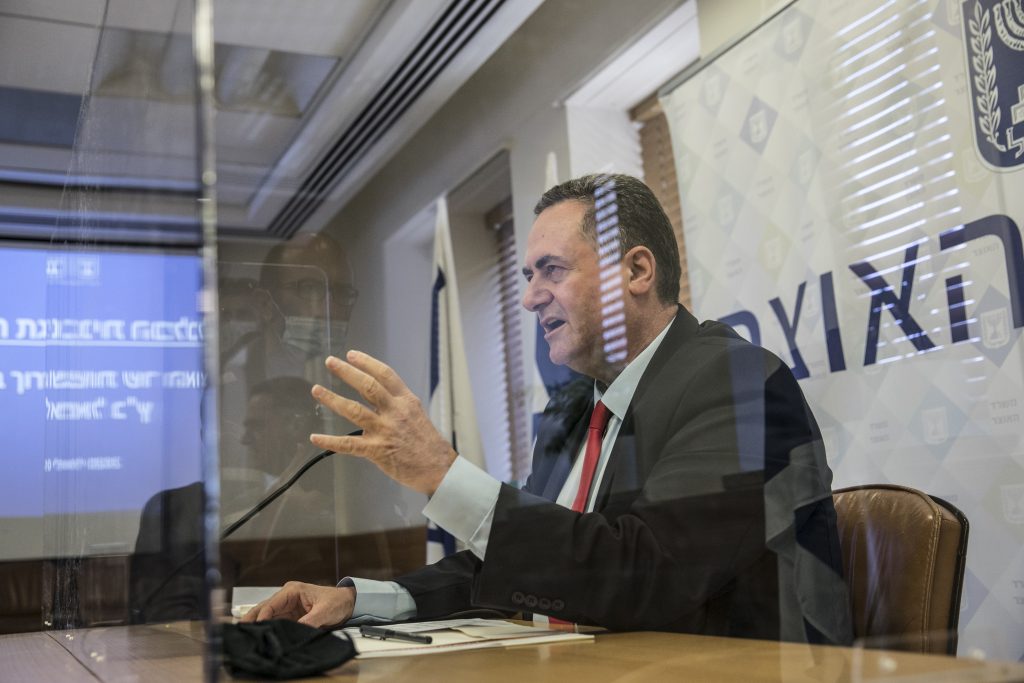 Finance Minister Yisrael Katz and coalition chairman MK Miki Zohar clashed during a meeting of the Knesset’s Finance Committee on Monday, with Katz accusing Zohar of having family interests in mind in his coronavirus policies, while Zohar threatened to push for Katz’s removal as Finance Minister.

“You take care of the event halls because you have a cousin who owns a hall,” Katz said to Zohar. “You came here to interfere with a serious deliberation because of the personal interests of your cousin who has a wedding hall. That’s against the position of the prime minister and the government, which wants to pass this law to allow it to give money to self-employed workers and small business owners.

“Unfortunately, the Opposition has shown more responsibility to the public than you have as coalition chairman.”

Zohar responded by calling Katz a “danger” to the Likud. “I’m ignoring the violent, pompous attitude of the finance minister. His term is a danger to the Likud.

“We have a finance minister who is disconnected from the people. We might have to call Netanyahu to have him consider whether Katz’s term should continue.”

The committee’s legal adviser, Sagit Afik, clarified that Miki Zohar can deal with the halls, as a cousin is not considered a relation that would be considered a conflict of interest.

Katz later slammed Zohar on Twitter, accusing him of pushing the agenda of various special interests.

“MK Zohar has time and again tried to inject his lobbyist views into the committee’s discussions. The first time it was for the benefit of insurance companies, now it’s to benefit hall owners. I’m in constant contact with all the officials in the field, I meet with everyone and hear them personally. The only ‘disconnect’ I may have is from lobbyists and those with outer interests in mind.”

Zohar responded shortly thereafter, writing, “Following the wave of tweets by Minister Yisrael Katz: I recommend that he relax and start working for the Israeli public, with an emphasis on paying attention to their needs and problems.

“It’s such a shame that he is trying to smear me with his own disconnected handling of the economy, rather than working just to advance the public’s interests. I will continue to fight on their behalf, even if he doesn’t like it.”

Meanwhile, the government decided that schools will remain open for the time being, with an additional situation evaluation to be held on Thursday.