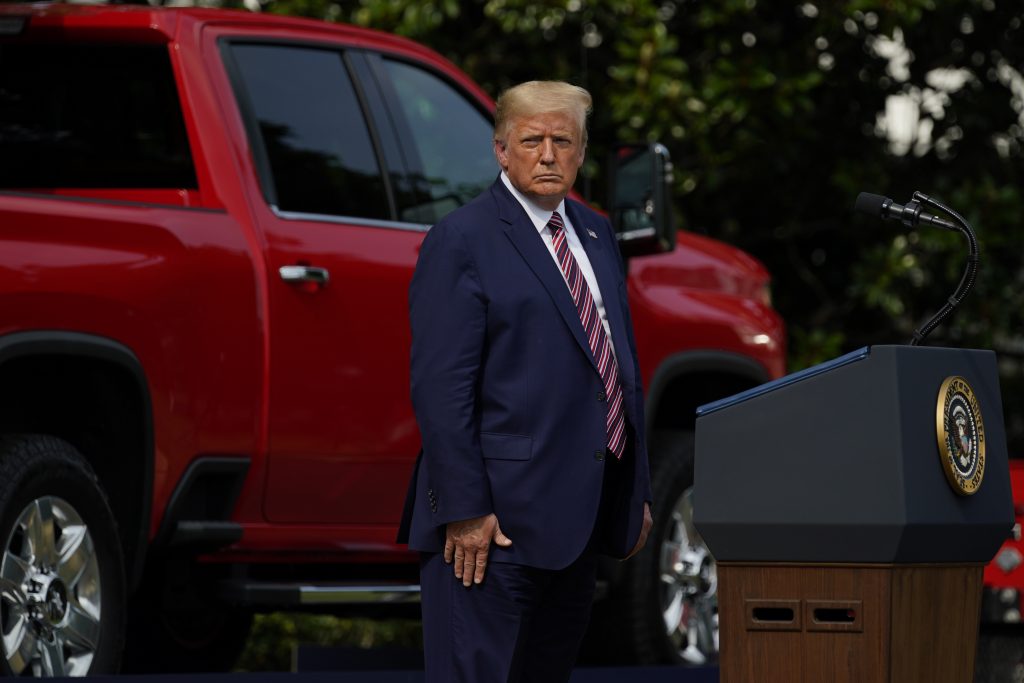 President Donald Trump refused again to promise he would accept the results of November’s presidential election and brushed aside public opinion polls that showed his standing with voters plummeting over his handling of the worsening coronavirus outbreak.

In an interview aired Sunday on Fox News, the president also boasted, inaccurately, that the United States had the “best” coronavirus mortality rate, asserted that the economy was rapidly bouncing back, and denigrated the government’s top infectious-disease specialist, Dr. Anthony Fauci, as the president’s surrogates have done in recent days.

And as he did in 2016, President Trump declined to guarantee that he would accept the election outcome, saying it was too soon.

Repeating a contention he has often made in recent weeks, the president said he believed that mail-in voting would “rig the election.” Critics have said Trump is trying to delegitimize the vote in advance, fearing a loss, especially if the pandemic means that balloting by mail is more widely used than usual.

Trump’s presumptive opponent, Joe Biden, often shrugs off the president’s broadsides, but aides offered an acerbic response to his suggestion he might not leave office willingly if voters reject him.

“The American people will decide this election,” the Biden campaign said in a statement. “And the United States government is perfectly capable of escorting trespassers out of the White House.”

Trump brushed aside the many national polls that show a big lead for Biden.

A Washington Post-ABC News poll out on Sunday indicates the former vice president has a double-digit advantage over Trump, 55%-40% among registered voters. Wallace told Trump during the pre-taped interview that a new Fox News poll also gave Biden the edge, showing a somewhat tighter, but still significant, lead 49%-41%.

Polls of major battleground states have shown a similar picture, with Biden leading in states including Pennsylvania, Wisconsin, Michigan, Florida and Arizona.

“I’m not losing, because those are fake polls,” Trump declared, referring to the Washington Post and Fox surveys. At another point, he said: “I’m not a good loser. I don’t like to lose.”