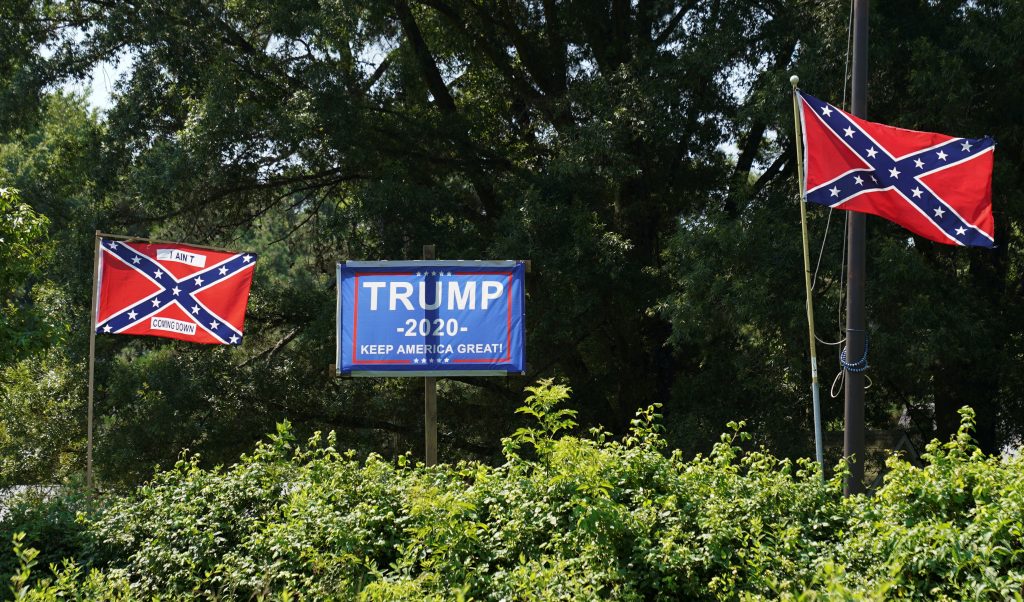 U.S. President Donald Trump declined to say the Confederate flag was an offensive symbol in an interview broadcast on Sunday, saying it is a source of pride for people who love the South.

The Republican president was asked on Fox News if the flag, a symbol of U.S. slavery and white supremacy for many Americans, was offensive.

Trump has in the past appeared sympathetic to the flag and symbols of the Confederacy of the 1861-65 Civil War.

In 2017, he criticized the removal of monuments to the Confederacy and said there were “very fine people on both sides” of a deadly clash in Charlottesville, Virginia, over the removal of a statue of Confederate General Robert E. Lee.

Earlier this month, he criticized NASCAR’s ban of the Confederate flag from its events.

Breaking with several of his fellow Republicans in Congress, Trump has promised to veto the annual National Defense Authorization Act over an amendment to remove the names of Confederate generals from military bases within a year.

He drew a parallel to the Black Lives Matter movement that was born out of police brutality targeting black Americans.

Former Republican Secretary of State Colin Powell, who last month endorsed Democrat Joe Biden in the November election, said on CBS’ “Face the Nation” the Confederate flag represents something that was never the United States of America.

“It was the Confederate States of America. They were not part of us and this is not the time to keep demonstrating who they were and what they were back then,” said Powell, who is black. “This is time to move on. Let’s get going. We have one flag and only one flag only.”